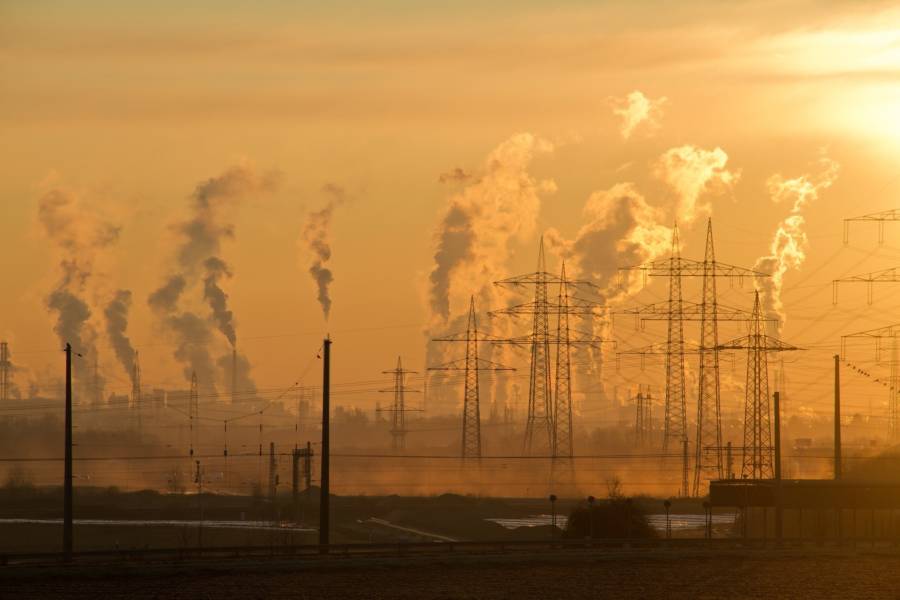 Oposing sides of the political spectrum continue to argue, as climate change continues to ravage the planet., a recent think tank report — backed by Australia’s former military chief and written by a former fossil fuel executive — has posited a new, dire warning: worldwide devastation by the year 2050.

The report, published by the Breakthrough National Centre for Climate Restoration, isn’t a scientific study. Rather, it models future scenarios based on existing research. And those scenarios point to an unlivable Earth by 2050 if we don’t make major changes very soon.

Some of the scenarios the paper posits include more than one billion people being displaced, with nearly three weeks of lethal heat per year, and wholly collapsed ecosystems. Chris Barrie, an ex-admiral who formerly lead the Australian Defense Force, issued a stark foreword.

“After nuclear war, human-induced global warming is the greatest threat to human life on the planet,” he wrote. “A doomsday future is not inevitable. But without immediate drastic action our prospects are poor.”

The report’s efforts to envision our near future are entirely based on factual, peer-reviewed research. Andrew King, a climate science lecturer at the University of Melbourne — who was not involved in the report — considers it a credible warning.

“Without a doubt [climate change] is a huge threat to human civilization,” he says. “It’s the details that we need to pin down.”

King agrees with the paper’s terrifying, plausible prospects. A billion people displaced due to rising water levels, ecosystems eradicated by high temperatures, raging fires, and more frequent, stronger storms — none of this is in dispute.

King does believe, however, that the burden of climate change may be more easily overcome than anticipated, with human and technology-based solutions — granted those solutions are invested in and enacted.

That might seem dramatic, but the facts bear this out: If global temperatures increase by 3 degrees Celsius (5.4 degrees Fahrenheit) by 2050, 55 percent of the planet’s population across 35 percent of the globe’s land would experience 20 days of lethally high temperatures “beyond the threshold of human survivability.”

The Amazon rainforest would collapse. We’re already seeing the Arctic melt at record speeds. Our coral reefs would continue to die at even higher rates.

In West Africa, South America’s tropical regions, the Middle East, and Southeast Asia, there would be over 100 days of lethal heat. A billion people would be displaced from the hot tropics, leading to a worldwide immigration epidemic.

Food production would be “inadequate” to feed what is predicted to be a global population of 10 billion. Food prices would soar and water shortages would run rampant. Insect populations would suffer a “catastrophic decline.” Inequality would skyrocket.

“The social consequences range from increased religious fervor to outright chaos,” the paper said. “In this scenario, climate change provokes a permanent shift in the relationship of humankind to nature.”

“Planetary and human systems [are] reaching a ‘point of no return’ by mid-century, in which the prospects of a largely uninhabitable Earth leads to the breakdown of nations and the international order.”

Of course, much of this troubling information had already been suggested by a United Nations report in March, which sternly warned that our chances to reverse course were rapidly evaporating.

The UN said millions could die from air pollution, and that the extinction of countless species would affect humanity’s food production. Not to mention that the subsequent pollutants in our waters would make resistant infections a major cause of death by 2050.

It was only a few weeks ago that a UN-affiliated research group published its own report on the chaotic state of things. They said three-quarters of Earth’s land has been “significantly altered by human actions,” and that one million species are facing extinction.

Hopefully, the paper’s urging that nations and corporations unite, “akin in scale to the World War II emergency mobilization,” does come to pass, sooner rather than later. Otherwise, an entire generation will look back at this juncture in time and wonder why nothing was done.