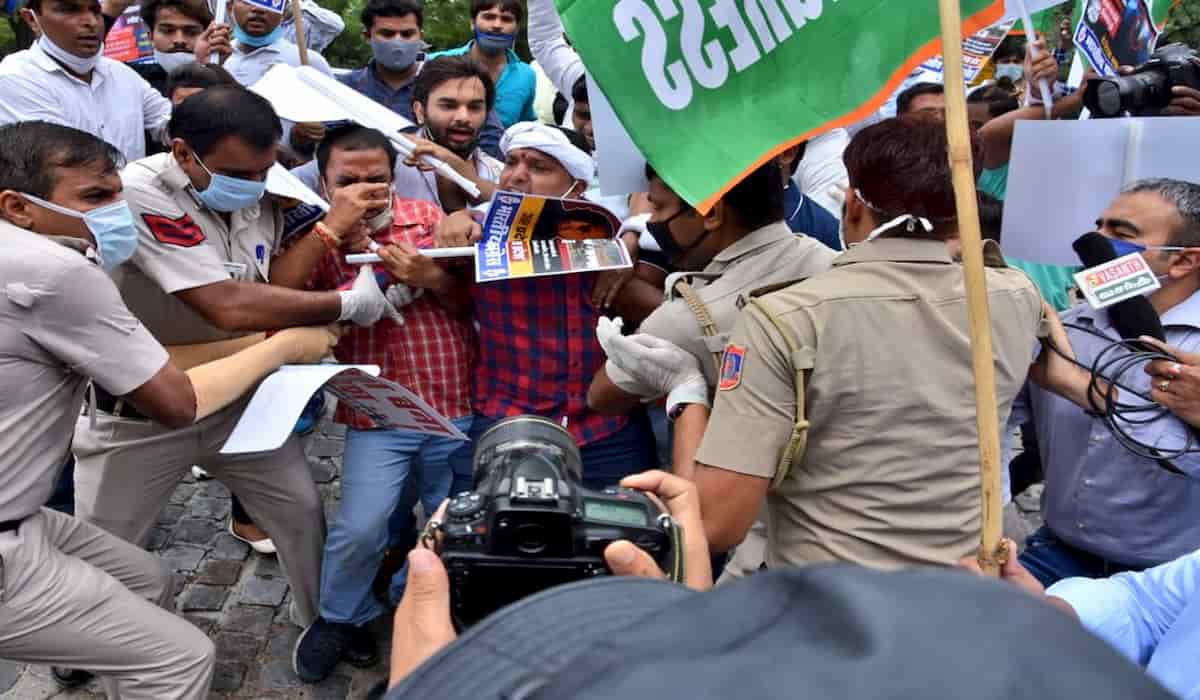 Indian Youth Congress (IYC)activists who were protesting against the Yogi Adityanath government’s failure to control law and order in the state were detained by police here on Wednesday.

The Indian Youth Congress (IYC) activists were headed to UP Bhawan at SP Marg here to protest against the UP government over poor law and order situation in the state, when they were stopped by the police, an IYC member said.

“Scores of IYC members were picked up by the police and taken to Mandir Marg Police Station,” IYC media co-incharge Varun Pandey said.

IYC national president Srinivas B V, who was among the detained activists, took a dig at the presence of police outside UP Bhawan, in a tweet.

Eight police personnel were killed and several others injured when they were ambushed by criminals in a village in Uttar Pradesh where they had gone to catch a hardened criminal Vikas Dubey, last week.

This should be pointed out here that while Delhi Police has detained IYC workers along with BV Srinivas, the culprit, Vikas Dubey is still roaming freely. Today, even on tip of him being in Faridabad hotel, the police couldn’t catch him and he flied freely.