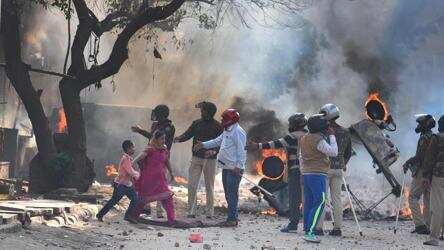 The party has demanded the resignation of the union home minister and said the government should ensure that “the life, liberty and property of the citizens is preserved, secured and protected”. The memorandum has also raised concerns over the failure of intelligence agencies, inadequacy of the Delhi Police and the alleged inflammatory remarks made by leaders of the Bharatiya Janata Party (BJP).

“We call upon you (President) to ensure that life, liberty, & property of citizens are preserved. We also reiterate that you should immediately call for the removal of the Home Minister for his inability to contain violence.” said Sonia Gandhi after submitting a memorendum to President.

Former PM Dr. Manmohan Singh cornered the central government for its failure to address law and order situation in the national capital.