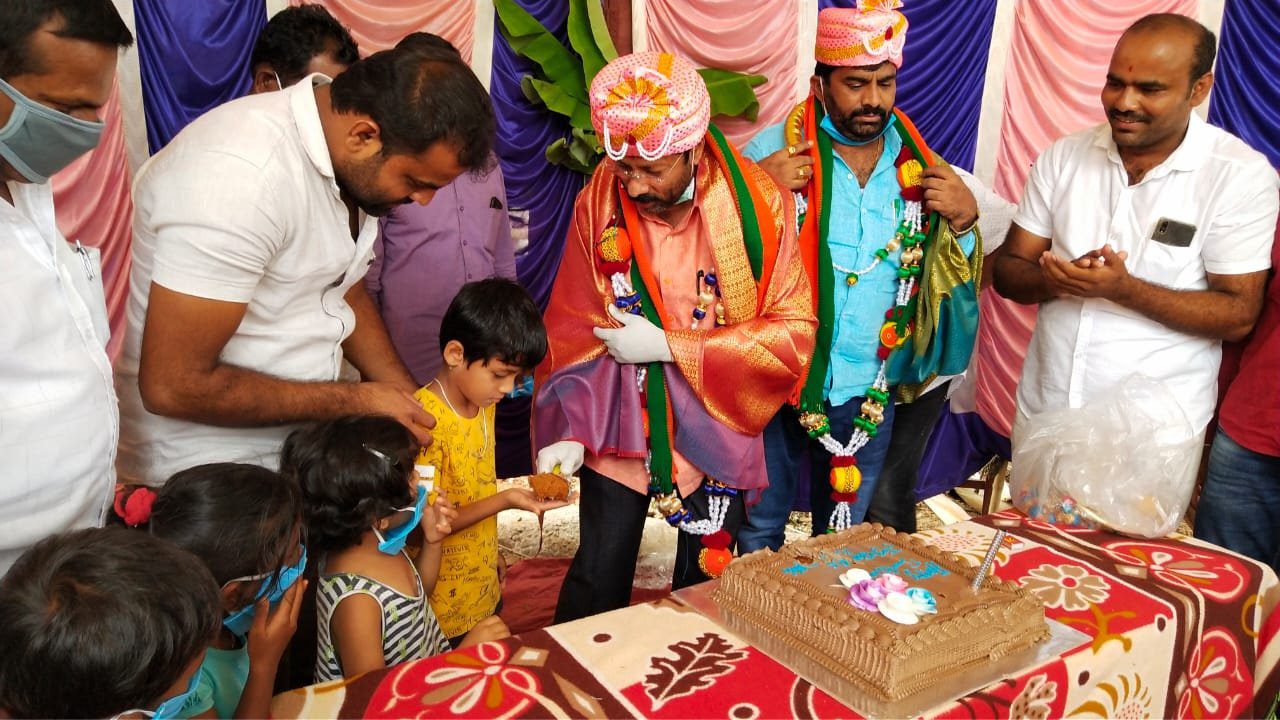 When the nation is under strict lockdown for 21 days amid corona widespread and increasing number of cases in the country, BJP MLA was spotted flouting lockdown rules on  Friday while celebrating his birthday.

The photos and videos of the event surfaced on social media where Turuvekere MLA Masale Jayaram was celebrating his birthday where many people have gathered outside his home for feast and he was seen cutting his birthday cake. It is being said that as many as 100 people were present in his birthday celebration and were served with biryani in Gubbi town, which is just 90 km away from Bengaluru. The crowd is seen tightly packed, touching each other’s shoulders.

This is not the first time that BJP leaders in the state have been flouting the rules of social distancing. Last month also, Karnataka Chief Minister BS Yediyurappa was spotted attending the marriage ceremony of a BJP leader at Belgavi.

Yesterday, the number of corona infections in the state has crossed a tally of 200, with 10 new cases being confirmed in the state.