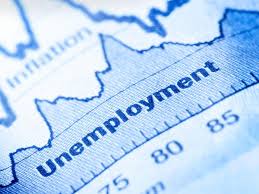 There is a lockdown in the country due to Corona virus. Reports suggest that jobs of millions of people are in danger due to this lockdown. During last few days, several agencies have also pointed this out in their studies. Now the biggest estimate of job loss has come out in India. This estimate has been made by the International Labor Organization, which estimates that there may be a crisis on the jobs of 40 crore people in the country.The ILO has released this report in Geneva. Let us also tell you what else the ILO has said in its report.

Unorganised Sector faces the biggest threat
According to the ILO report, India is included in the list of countries in the world which are less prepared to deal with the corona crisis. Due to this dangerous epidemic, people working in the informal sector in India have been the most affected. Crores of people have migrated to their homes in the villages. According to the report, lockdown in the world, not only in India but also in Nigeria and Brazil, has seen adverse effects on the people working in the inferior sector.

The ILO report states that about 90 percent of the workers in India work in the unorganized sector. Due to this epidemic, about 40 crore employees of the country are going to lose jobs.