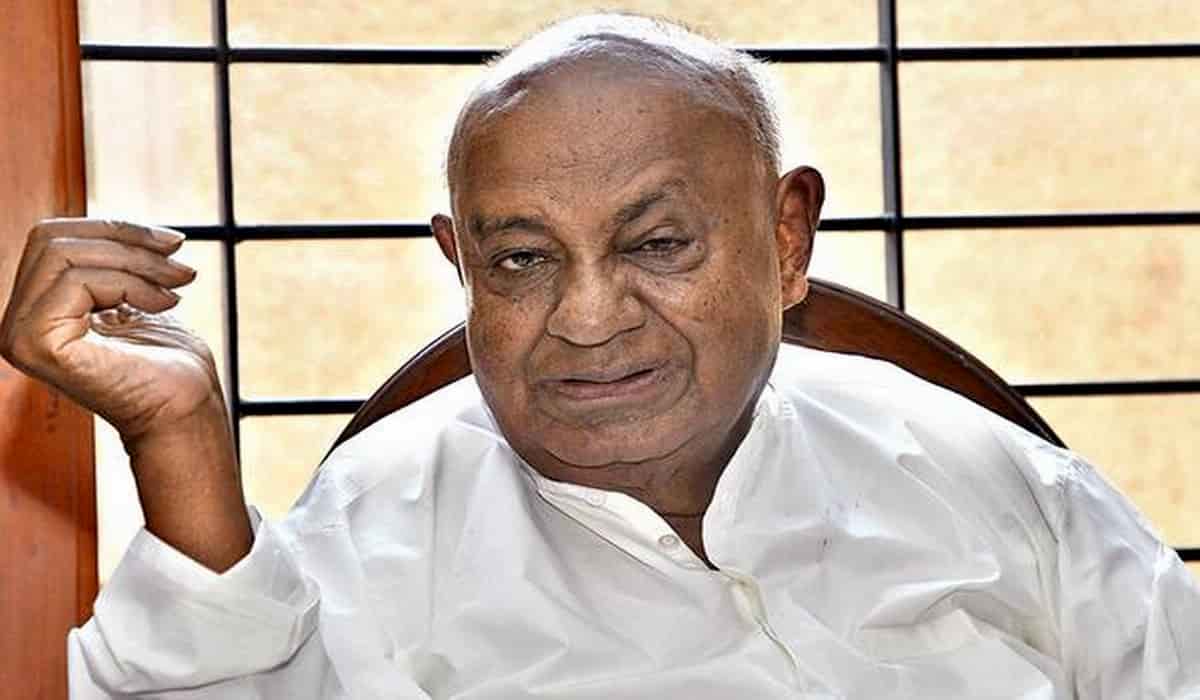 JD (S) supremo and former Prime Minister HD Deve Gowda has decided to fight the Rajya Sabha elections scheduled on June 19. He will file his nomination today. This information was given on Monday by HD Kumaraswamy, son of Dev Gowda and former CM of Karnataka. Meanwhile, the BJP has fielded Iranna Kadari and Ashok Gasti as its candidates.

Kumaraswamy said that the former Prime Minister took this decision at the request of Congress President Sonia Gandhi, several national leaders and party MLAs. He also said that it was not an easy task to convince Deve Gowda Ji for Rajya Sabha.

The JDS has 34 MLAs in the assembly and it is difficult for him to win the Rajya Sabha seat on his own and for this he will need support of additional Congress MLAs. Congress has already fielded Mallikarjun Kharge from Karnataka as its Rajya Sabha Candidate.

A minimum of 44 votes are required for one Rajya Sabha seat from the state. The Congress has 68 MLAs while the BJP has 117 MLAs. The last date of nomination is 9 June. Congress will get one and BJP will easily win two seats.