While Nitish was Addressing, Party MLA Gets His Legs Massaged

While Nitish was Addressing, Party MLA Gets His Legs Massaged 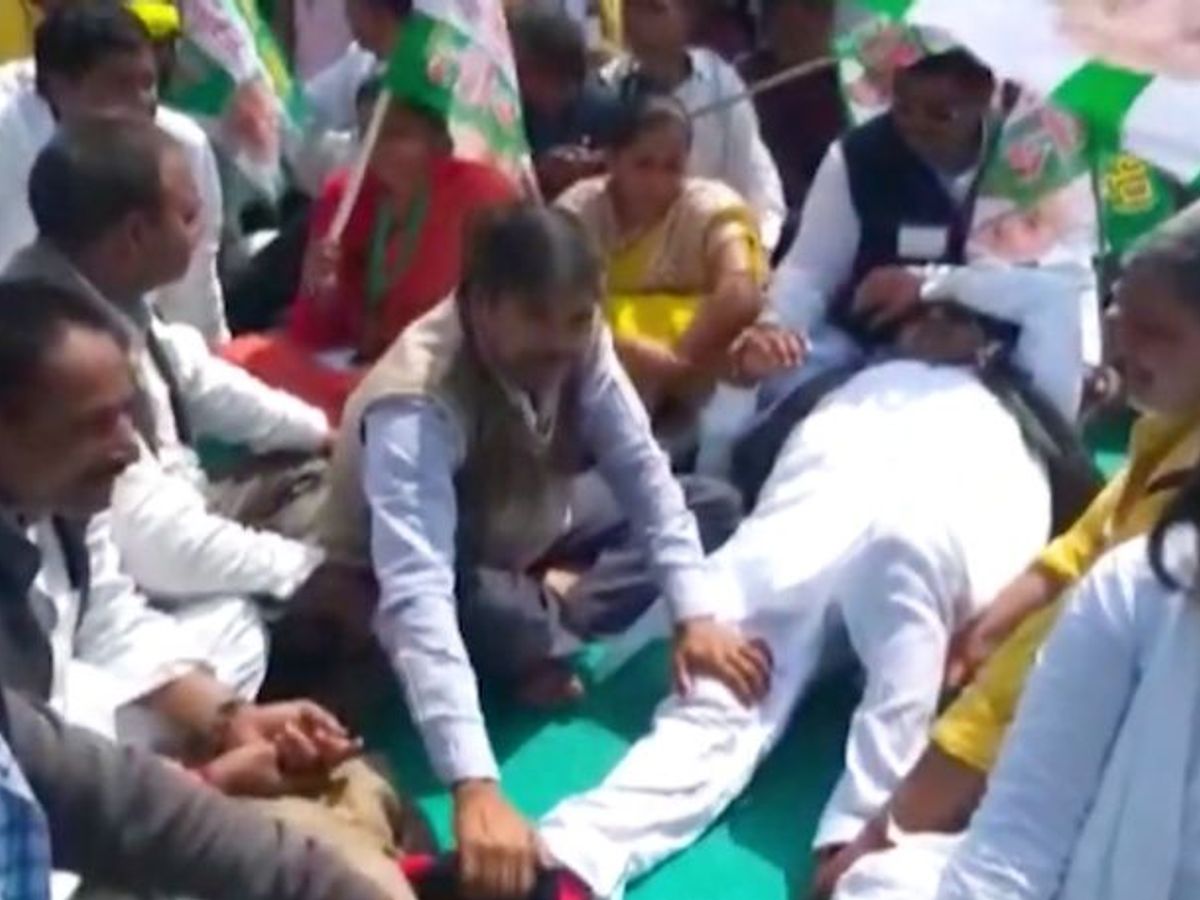 Bihar Chief Minister Nitish Kumar was addressing a rally of workers on Sunday in view of the upcoming assembly elections in the capital Patna. At the time when CM Nitish was targeting the opposition parties, at the same time, an MLA of his own Janata Dal United (JDU) party was making a beeline to the activists.

The entire matter is related to Gandhi Maidan in Patna, where the video of a legislator of the ruling party went viral at the time of CM Nitish’s address. The lying leader has been identified as Kaushal Yadav, the MLA from Nawada. The MLA was lying on a worker’s lap with his head while two workers were pressing his feet.

The Chief Minister of Bihar, Nitish Kumar, on his birthday on Sunday announce that his party will contest the upcoming assembly elections with JDU, NDA, putting an end to all the speculation. He claimed that the NDA would win more than 200 seats in the assembly elections. Nitish said that RJD and Congress took votes from minorities but did the work for them.