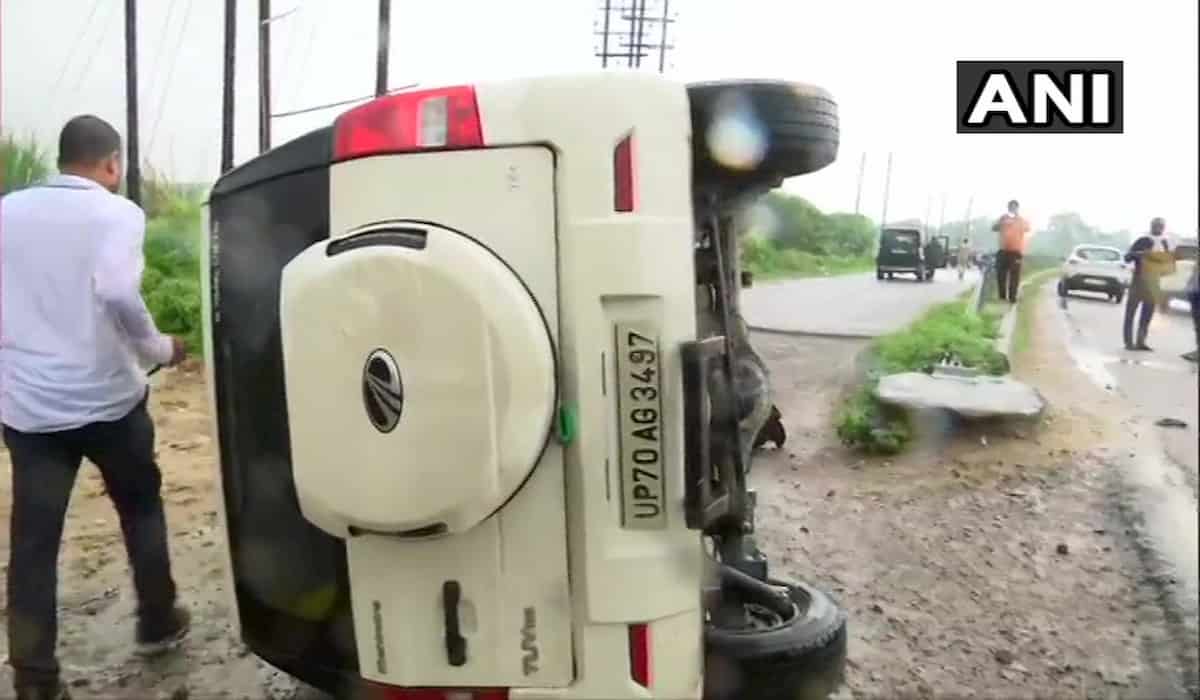 One of the vehicles of the convoy of Uttar Pradesh Special Task Force (STF) that was bringing back Vikas Dubey from Madhya Pradesh to Kanpur overturns where encounter took place and Vikas Dubey was reportedly killed in the encounter.

Vikas tried to escape from the spot, where he was encountered by the police.

STF team was bringing back Vikas Dubey under tight security, who from Ujjain who has surrendered there yesterday in Mahakal Temple. He is the key accused of killing of 8 policemen who have reached his home a week ago for his arrest, where they were gunfired by Vikas’ men.