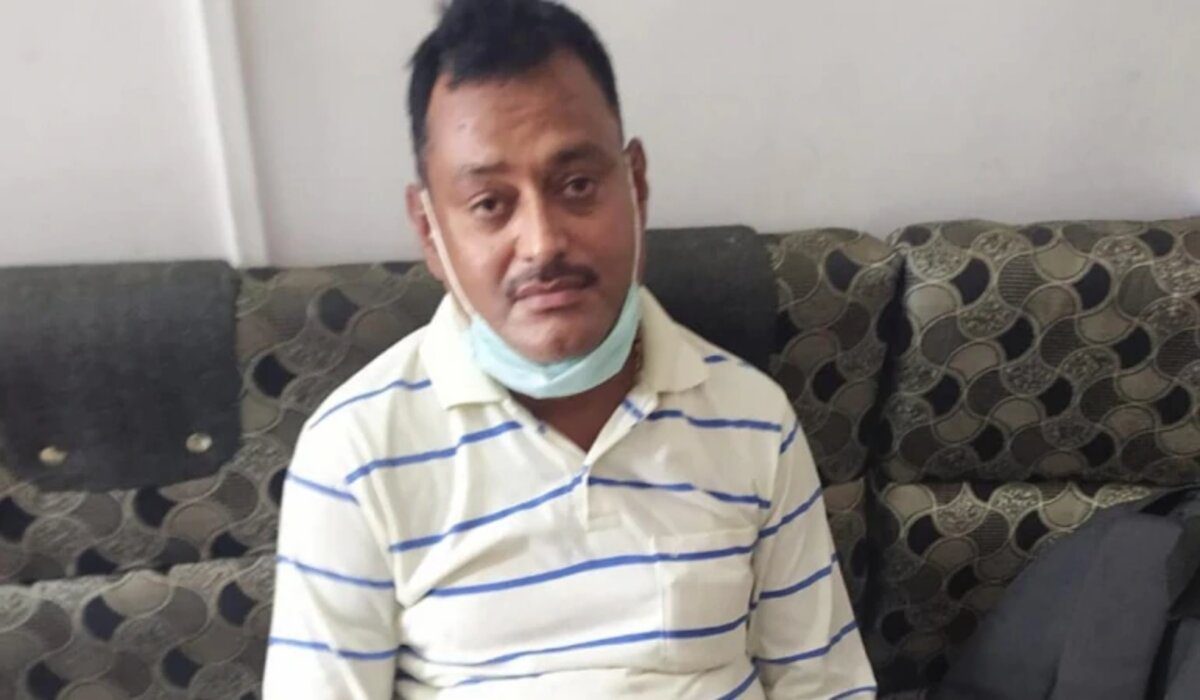 Gangster Vikas Dubey, who is accused of killing eight policemen in Kanpur last week, has been arrested in Madhya PRadesh after a week long chase which involved the police force across three states. Vikas Dubey was caught in Ujjain around the same time when two of his aides were killed in seaparte encounters in UP. His another aide, Amar Dubey was killed yesterday.

Video footage showed Vikas Dubey being taken by about half a dozen policemen. He was spotted at around 8 am by a local shopkeeper who in turn alerted the police.

Dubey is charged in around 60 criminal cases including murder, kidnapping, extortion and rioting. When police reached his village last night, his men, armed with AK-47s fired from rooftops killing around eight policemen.

The police inspector in charge of the police station near Dubey’s village was arrested yesterday over allegations that he tipped off the gangster and regularly helped him escape the law.