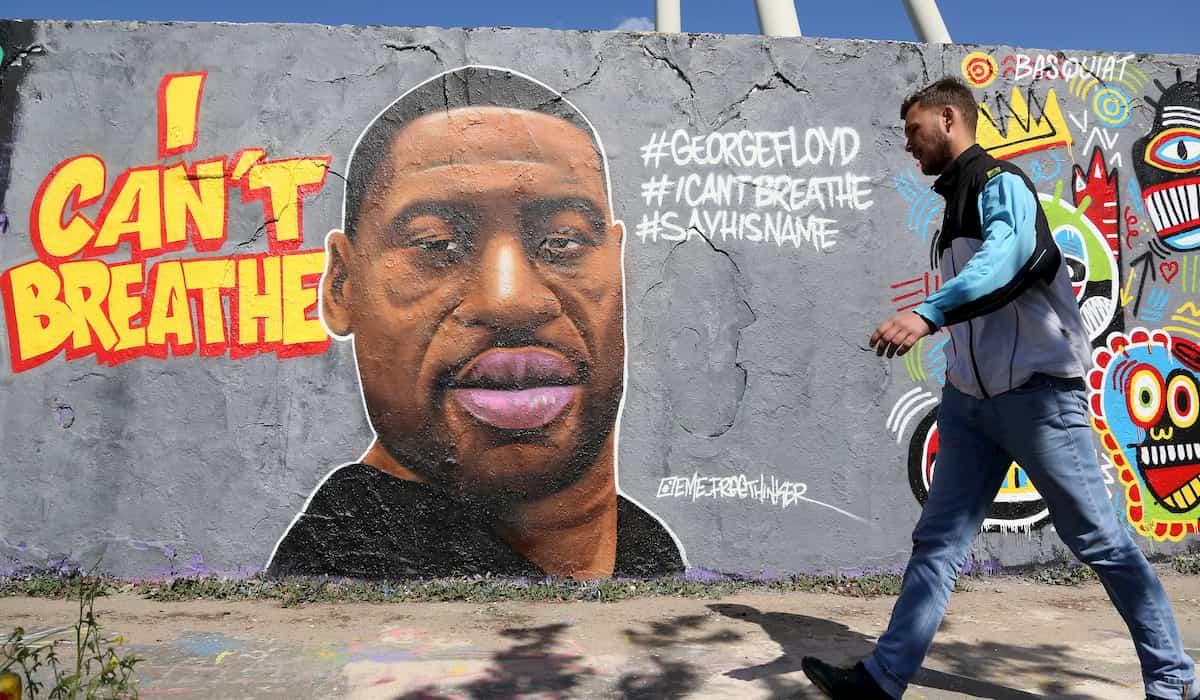 Demonstrations and peacemaking are going on in the country, for 10 days after George Floyd died due to police brutality. On the 10th day, thousands of people attended the funeral of George along with many famous personalities. Meanwhile, street protests were held across the country. Curfew was lifted from violence-hit California, Los Angeles and parts of San Francisco.

At the funeral, thousands of protesters marched from the Brooklyn Bridge to Manhattan and gathered outside City Hall in Seattle to perform on streets across the country. The funeral was also attended by George Floyd’s wife Roxy and 6-year-old daughter Gianna. The police also showed strictness only when necessary. In most places, they acted with patience and request, so as not to provoke violence. During this time people kept shouting slogans demanding justice for George.

Meanwhile, while large marches and rallies took place in Los Angeles, Philadelphia, Atlanta, and Seattle, minor violence also occurred during demonstrations in Washington DC, Portland and Oregon. Tribute meetings are being held for Floyd in three cities for six days, where the first assembly took place in a sanctuary at North Central University in Minneapolis.

A civil rights activist who attended the tribute gathering declared the occasion for blacks to say, “Get off your knees from our necks.” Reverend Al Sharpton said in memory of where George was killed in the city of Minneapolis , Now I can breathe, but the dreams of blacks have got in the mud, they still cannot breathe. We can never be what we dream, because you place your knees on our neck. He said, ‘What happened to Floyd, happens daily in this country.’

George Floyd’s brother Terence Floyd said to the crowd gathered at the tribute gathering, “I thank God for seeing all of your love for my brother. I am proud of the demonstrations across the country, but I do not feel proud about the destruction. My brother was not like that. Floyd is a God-fearing family. May God give us strength.”

Several organizations fighting for American civil rights have filed a case against US President Donald Trump. Trump has been widely criticized after security forces had fired tear gas shells and smoke bombs at people protesting in front of the White House. Many protesters protested here when Trump was going to be photographed with the Bible in front of a church near the White House.