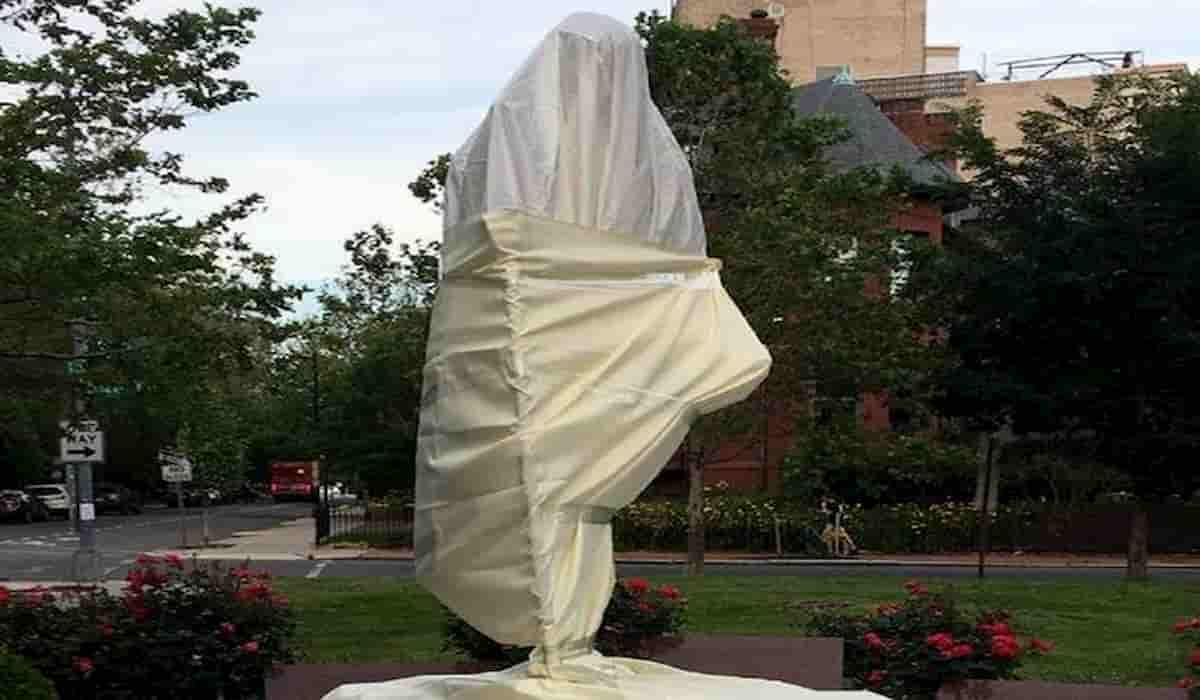 Washington| Amid the ongoing protest round the United States, some unruly elements of the protesters have desecrated Mahatma Gandhi’s statue outside the Indian Embassy in Washington D.C.

Amid the ongoing protest in about 140 cities of the United States, against the arrest and killing of George Floyd, many incidents have taken place against the law and order situation in the country.

As per the information from news agency ANI, United States Park police has taken up the investigation and more details are awaited.