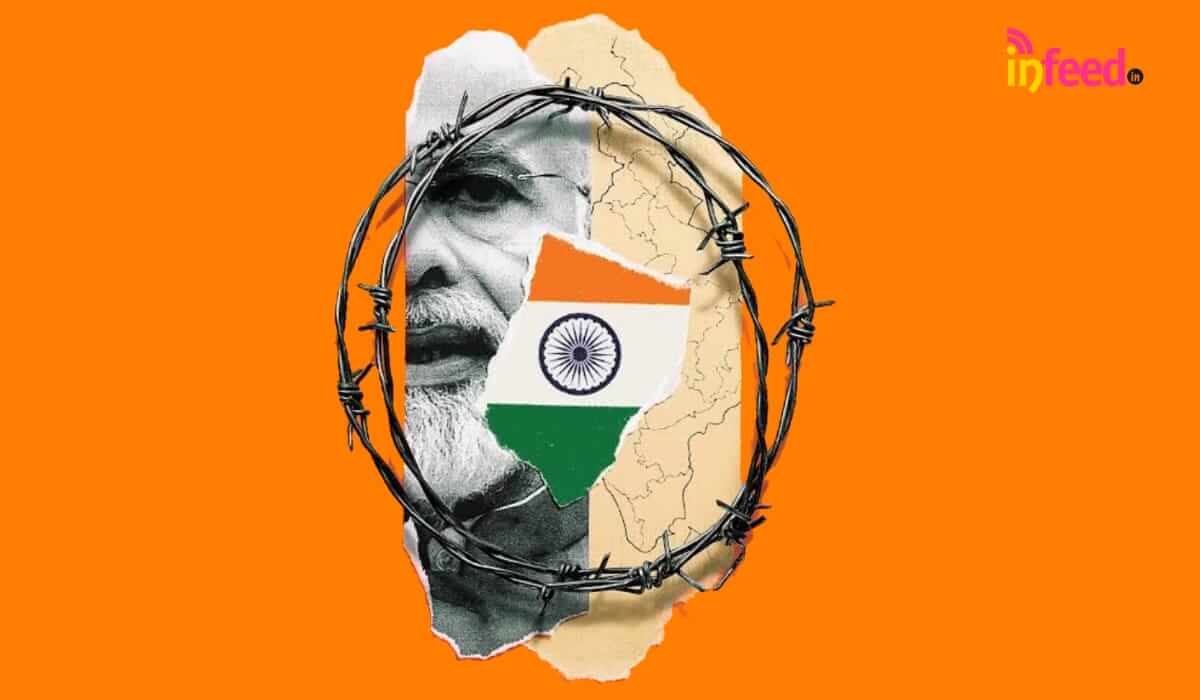 While the world was uniting to fight the COVID pandemic and even millions of Indians are uniting magnificently as angelic warriors to help each other, certain groups in media reinforced by their political backings gleefully sought to create another Hindu Muslim divide. They saw their potholed opportunity in the Tablighi Jamaat event.  The Tablighi Jamaat meet annually, and this year as usual met, and were not restricted or checked in the Airport or quarantined by the Government in spite of WHO’s solemn death knell declaration that COVID-19 was now an international pandemic.  In fact, the police station, not far from Tablighi Jamaat could have restricted this large gathering, which did not happen.  After this event, constant testing on the participators discovered many were infected, and a certain chant went through channels in India that the Tablighi Jamaat people had conspired with China to bring COVID-19 to India.  An inflamed section of society went further to make it a Muslim conspiracy against India.

Some politically-inclined Indians soaked in communal poison were seething in rising hate.  They created forged videos and misleading articles were written by certain IT cells inciting WhatsApp groups to build a climate of burning hostility, insidiously construed by the makers to suit their political agenda of divide and rule.

Fortunately, this was later busted as fake news, but unfortunately, greater damage was inflicted on hearts and minds of millions of Indians.

Simple homemakers watching the evening news told others in shocked horror that the “Muslims” brought the virus to India.  I witnessed very educated Indians on Social Media even many of my school colleagues from a very secular school climate infected by the hate propaganda of certain sections of media swallowing it up like bitter poison simply because some sections of printed press and media were sold for an agenda of deceit.

With the villainization of Tablighi Jamaat group, many neutrals in the nation rose to defend them and even Muslims who were generally not united with the ideals of the Tablighi Jamaat stood up in protective support of the defenseless who suddenly were bewildered at the fake  propaganda where deceptive narrative was spread like wildfire about them. In fact, Tablighi Jamaat members were cured of the Corona virus, they heroically gave their blood serum to be used as antibodies for the virus.

In the midst of all the chaotic cacophony, a mysterious stranger rose up to commit himself to help during COVID-19.  He did not look at caste, religion, color, creed, ethnicity etc.  He rose up in the garb of compassionate humanity to help others less privileged than himself.  He did not want any spotlight on himself, so he was very insistent that his name or brand NOT BE PRINTED on the packages that were meted out to the people in the villages.  While I don’t want to make it a Hindu Muslim event, the truth is 95% of the people in the villages who were given provisions etc., were Hindus.

This secret stranger did not want to be named or known when he donated food (rice and dal bags) and milk to seven tea garden villages in Bengal during the month of May 2020. During this disaster, his Foundation has committed 1,125 crore to tackle COVID-19 outbreak.  This wonderful help came at a time when certain sections of media were polarizing the nation in the backdrop of a certain diabolic rant that was shredding the secular fabric of our strong nation.

So who is this mysterious man? He is none other than Azim Hashim Premji.  He is an Indian business tycoon, investor, engineer, and philanthropist, (and a Muslim) who is the chairman of Wipro Limited.  He is currently the tenth richest person in India with an estimated net worth of US$7.2 billion as of October 2019.  In 2013, he agreed to give away at least half of his wealth by signing The Giving Pledge. Premji started with a $2.2 billion donation to the Azim Premji Foundation, focused on education in India. It was also sad to see while Media was gushing about Mr. Ambani clanging thalis during the lock down, no Media spoke about Azim Hashim Premji. In fact, while Forbes magazine praised Azim Hashim Premji for his great generosity, there was rarely a word from Indian media about him.

He is informally known as the Czar of the Indian IT Industry.  He was responsible for guiding Wipro through four decades of diversification and growth to finally emerge as one of the global leaders in the software industry.   In 2010, he was voted among the 20 most powerful men in the world by Asiaweek. He has twice been listed among the 100 most influential people by TIME Magazine, once in 2004 and more recently in 2011.   For years, he has been regularly listed one among the 500 Most Influential Muslims of the world.

Today, we should say we are Indians first, not Hindu, Muslim, Sikh, Jain, Buddhist, Christian, Atheist etc.  Internationally, ethnicity should not divide us, but let the golden cords of humanity unite us to enrich the fabric of humanity in our nations.

If Azim Hashim Premji wanted to be small, he could have blustered about the demonizing of Muslims and insisted that only Muslims be given the provisions, but the great lionhearted man reached out to all Indians and incidentally, the majority in those villages were Hindus and he gave it all with an open golden heart. A big salute to him!