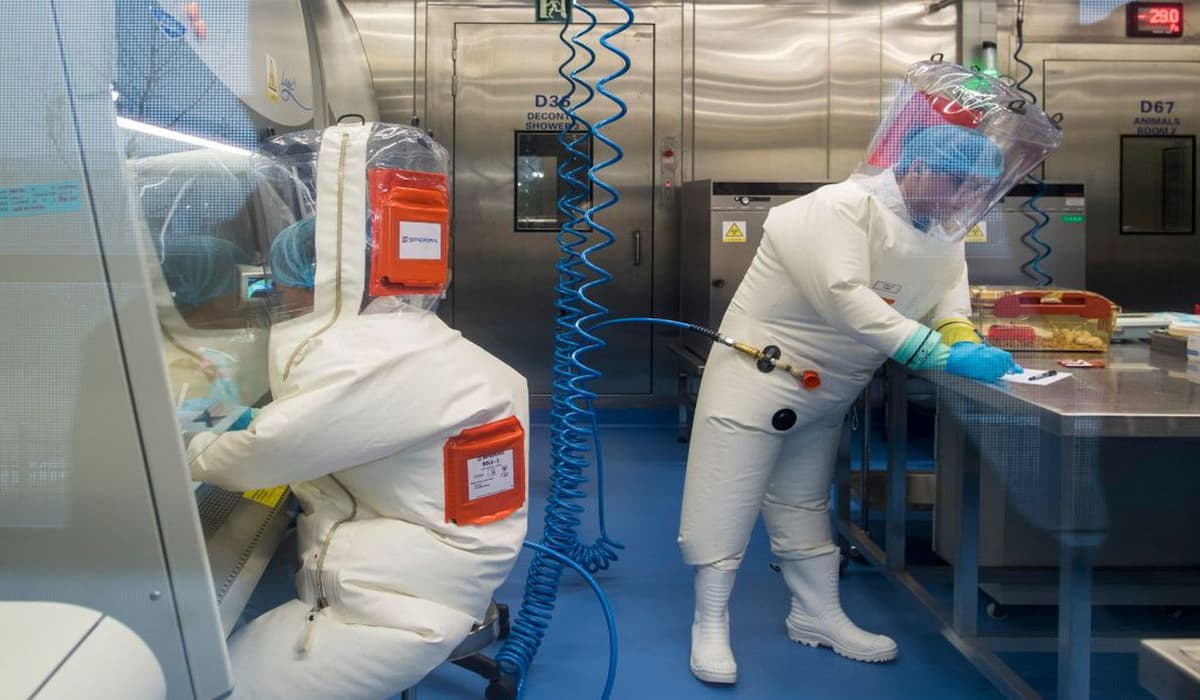 Where did the corona virus come from, was it made by humans or is it a natural disaster. This question is repeatedly arising in the minds of scientists and leaders from all over the world. But now there is a sensational claim that this Covid has not evolved in natural form but it has been developed in Wuhan Lab. However, there have already been questions on China that the virus originated from the Wuhan lab itself.

The truth of China can be revealed by the revelations in this new study. According to the Daily Mail news, the study claimed that Chinese scientists had prepared a dangerous virus like Covid 19 in the Wuhan lab itself and then tried to cover it with the reverse-engineering version of the deadly virus, which seemed to be the corona. The virus evolved naturally from bats.

According to the news of the Daily Mail, the British professor Angus Dalgleish, who worked successfully on the HIV vaccine, and Dr. Birger Sorensen, a scientist at Nove, have done this study together. While the two were studying Corona’s samples to make the vaccine, they found a unique fingerprint in the virus.

At that time, he had said that this cannot happen without tampering in the lab. He said that when he wanted to publish his study findings to the journal, many big scientific journals rejected it, because the Covid-19 virus at that time seemed to come naturally from bats or animals to humans.

Not only this, after the mention of unique fingerprint was revealed, it was dismissed as fake news. But even after one year of corona, the voice has started getting louder that where did corona come from, was it really made in the lab. Recently the US President has also sought a report from the intelligence agencies within 90 days regarding this.

In this study, sensational and shocking accusations have been made on China. The study claimed that China intentionally destroyed, hidden, and manipulated the data associated with the experiment in Wuhan Lab.

It says that the scientists who raised their voice about it were either silenced or disappeared by the communist country China. It is being told that this study will be published soon in the coming days.

Biden Asks for Report Within 90 Days

US President Joe Biden on Wednesday asked intelligence agencies to redouble efforts to find the birthplace of the Covid-19 (Coronavirus) epidemic.

Biden has asked agencies to report the virus’s birthplace within 90 days. “There is insufficient evidence to conclude whether it emerged from human contact with an infected animal or a lab accident that led to the epidemic,” he said.

US and Britain Creating Constant Pressure on WHO

The United States and Britain have been under constant pressure on World Health Organization (WHO) to investigate the potential origin of Covid-19 in depth. Both countries believe that the WHO team should visit China afresh to find out the origin of the corona virus.

WHO and Chinese experts had issued a report in March last giving information about the four possibilities of the epidemic.

This joint team believes that there is a strong possibility that the corona virus has entered people via bats from another animal. The joint team said that it is highly unlikely that the virus was produced in a laboratory.

Several prominent scientists have supported the order given by President Joe Biden to US intelligence agencies to trace the source of the origin of the corona virus.

Yale University immunologist Akiko Iwasaki says that initially there was little logical discussion about the outbreak of the epidemic. Most people believed it was a disease caused by animals to humans, then former President Donald Trump and his supporters were feeling this conspiracy.

But then during a joint investigation with the WHO, China’s suspicious behavior made it more difficult to ignore the laboratory angle.

A research by UK and Norwegian scientists claimed that the Kovid-19 virus was produced at the Wuhan Institute of Virology in China. This study revealed that after the Chinese scientists prepared the virus, reverse engineering tried to change its appearance, so that it was seen to have evolved from bats.

British Professor Angus Dalgleish and Norway’s Scientist Virus Dr. Birger Sorensen, in their report released on the study samples, told the Chinese reverse, they have had more than a year of engineering retro-engineering linked ‘fingerprints’ on viruses in China Are proof of Dalgleish is a professor of oncology at St. George’s University in London. At the same time, Dr. Sorensen is a virologist.

When Dalgleish and Sorensen discovered a specific fingerprint in the virus in the study of corona samples for the development of the vaccine. Scientists claim that the virus in the lab creates such marks only by tampering with it. According to the study, an attempt was made to destroy the data by destroying it in Wuhan lab