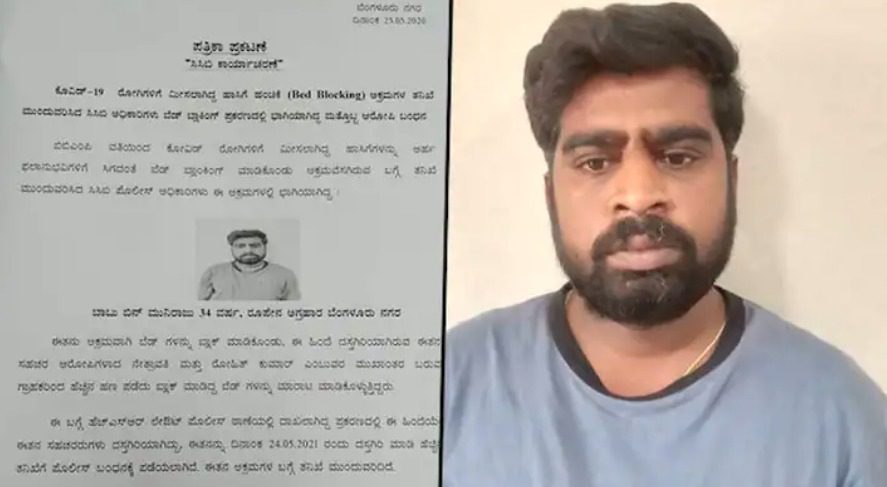 The alleged kingpin Babu Muniraju is MLA Satish Reddy’s aide. The Police arrested him after the evidence received from CCTV footage and war room staff’s statement. Babu allegedly arm-twisted the BBMP employees to block the beds at private hospitals.

One of the accused used to work in the south zone war room in the helpline section. When distressed patients call the war room, the accused used to share the contact number with Babu and block the bed in a private hospital. Later the beds were sold to people who were ready to pay extra commission.

BJP MLA Satish reddy and BJP MP Tejasiv Surya realized that the scam they operated was getting exposed. They stage a drama to push the blame on Muslims for the bed-blocking scam. In a video, we can see MP & MLA storming the war room and reading 17 Mulsim names who were working as part of a 200 member war room team. MLA Ravi Subramanya accompanied them asked BBMP zonal Officer Tulasi Maddineni ‘Are you hiring people for Madarsa or corporation.’ Further, adding MLA Satish Reddy said ‘Is this a Hajj Bhavan’?