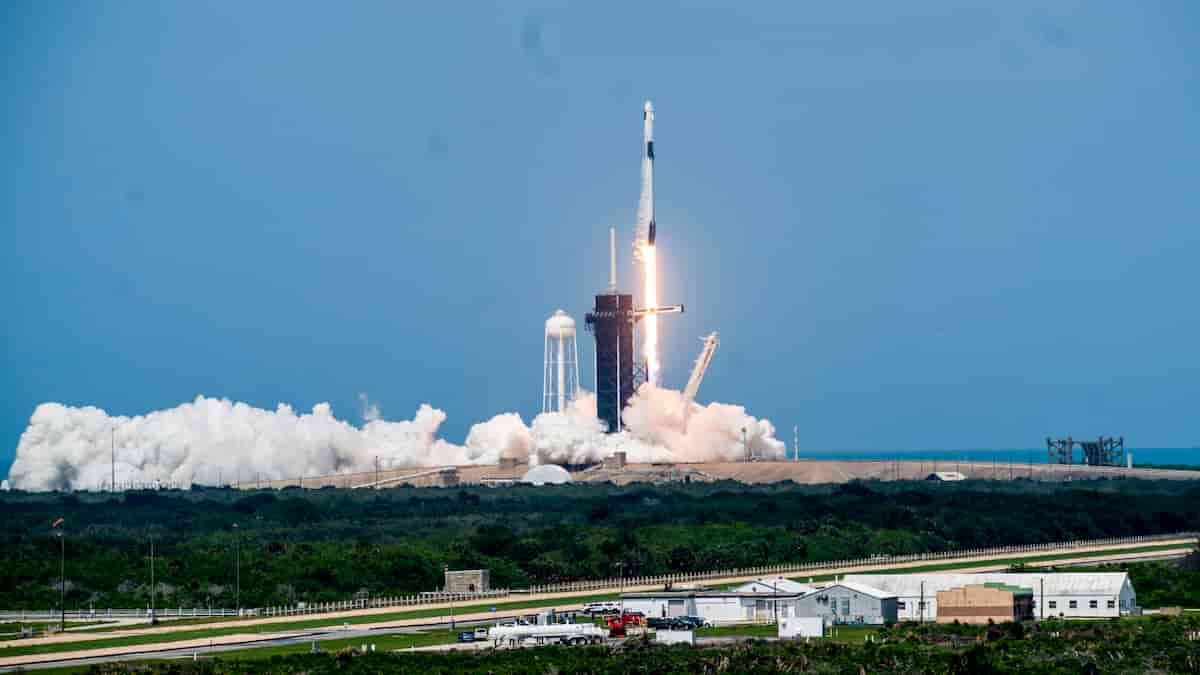 Summary
I Spacecraft Reached Earth’s Orbit : Trump
II What benefit NASA will get?

Bad weather stopped the US from writing history by SpaceX launch in the space world 3 days ago, but today, on May 31, the US space agency NASA private spacecraft Dragon spacecraft gave 2 astronauts the international space Successfully flew to the International Space Station (ISS).

President Trump said after the successful launch, ‘I am thrilled to announce that the Space X Dragon capsule has successfully reached Earth orbit, and our astronauts are safe and sound. With this launch, the phase of lost and less action over the years has officially ended. This is the beginning of a new era of American ambition.’

After 9 years, America was on the verge of making history, but due to bad weather, on May 27, the human space mission had to be stopped. The US space agency NASA was preparing to send astronauts to the International Space Station via the Dragon spacecraft of the private company SpaceX.

Then NASA said that due to bad weather, the launch is not happening. Now this mission will be three days later. Space X’s Dragon Spacecraft was mounted on a Falcon rocket. Inside which are the names of American astronauts – Robert Benken and Douglas Hurley. Both astronauts have already traveled to the International Space Station.

Both these astronauts have been sent to the International Space Station from the spacecraft Dragon of the American company Space-X. Space-X is the company of American industrialist Elon Musk. It is working with NASA on several space missions for the future.

The Space-X Dragon spacecraft is mounted on the Falcon-9, America’s most trusted rocket. After this the Falcon-9 rocket was to be launched from launch complex 39A. This mission is named DEMO-2. In the demo-1 mission, the Dragon Spacecraft successfully transported goods and research items to the space station.

What benefit NASA will get?

After 9 years, the US space agency NASA has resumed its commercial crew program. After the success of this mission, America will not have to take recourse to Russia and European countries to send their astronauts to space. That is, by spending crores of billions of rupees, rockets of Russia and European countries will not have to send their astronauts to the space station.

At the same time, Douglas Hurley was made the commander of the Dragon spacecraft. They were given the responsibility of launch, landing and recovery. Douglas has gone to the space station in 2009 and 2011. He was a civil engineer by profession. Later in 2000, he was associated with NASA. Prior to this there were fighter pilots in the US Marine Corps.

According to the pre-determined schedule, both astronauts will remain at the International Space Station for 110 days. Let us tell you that the Space-X Dragon capsule can spend time in space for 210 days at a time. After that he will have to come back to earth for repairing.

It is possible that both the astronauts return from the dragon spacecraft or someone else is sent back to Earth from the space station in their place.

In this program that lasted 30 years, more than 300 astronauts were sent to space. Since 2011, the US has been continuously sending its astronauts to the space station via rockets from Russian and European space agencies.