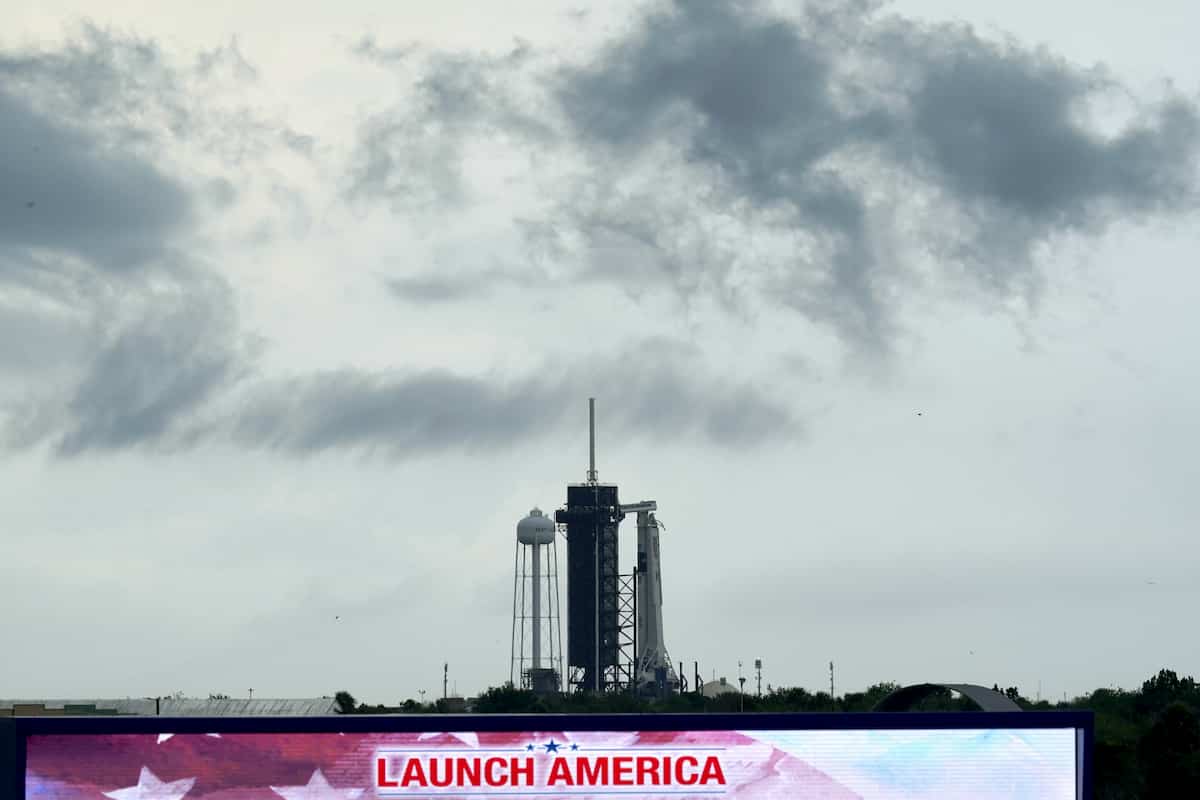 The first launch of the SpaceX company has been postponed due to bad weather. For the first time in nearly a decade, on American Earth, NASA and SpaceX are only one step away from making history by launching American devices into space.

A rocket from SpaceX with NASA pilots Doug Hurley and Bob Benken was scheduled to take off from the Kennedy International Space Station in Florida around noon on Wednesday, but launch was cancelled less than 20 minutes before the scheduled time on account of poor weather conditions

Now, this rocket will be relaunched on Saturday, May 30, at 3:22 pm. This is the first time that a private company is taking astronauts into space instead of the government. For the first time in the last nine years, astronauts will fly from Florida.

If everything goes well on Saturday, the SpaceX Demo-2 launch will send NASA astronauts to the International Space Station on a Crew Dragon spacecraft powered by a Falcon 9 rocket.

The launch is historic in many ways, as it will eliminate the nearly 10-year US dependence on Russia to go into space. This is the first time Elon Musk’s private space company SpaceX will send astronauts to space.

NASA‘s commercial crew program was launched with the aim of developing a private spacecraft to transport American astronauts into space. The program was started during the tenure of former President Barack Obama. However, Donald Trump sees this as a symbol of his strategy for America’s domination in space.