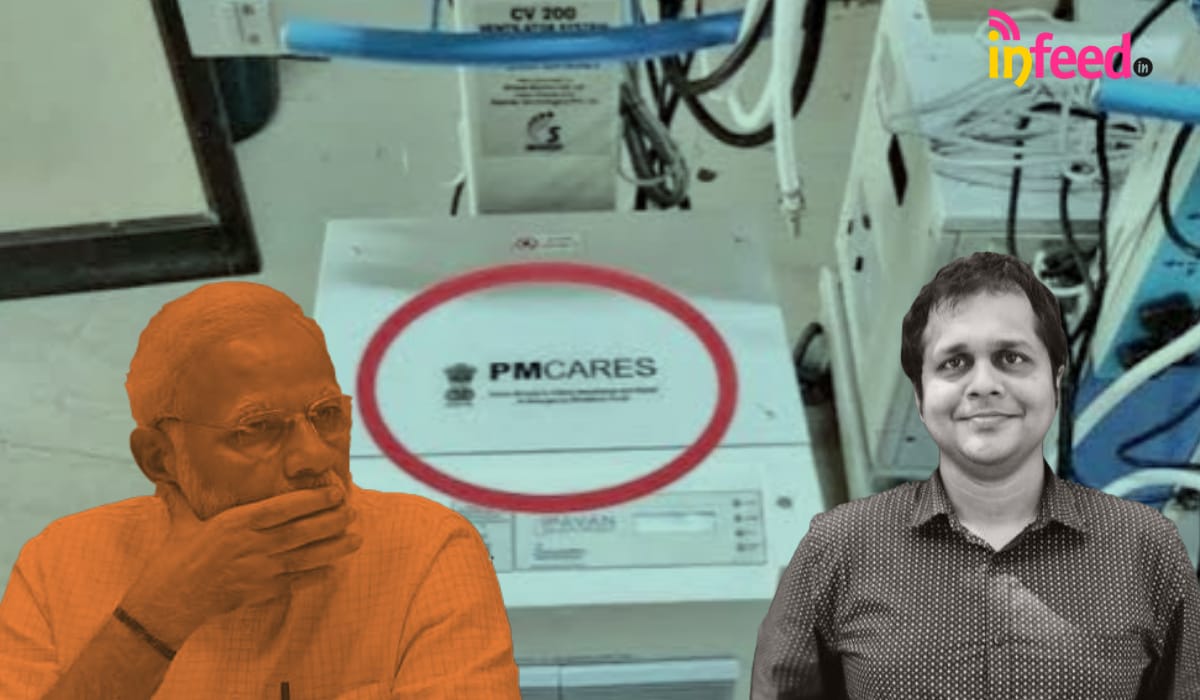 Ever since the inception of PM-CARES fund, it has been termed suspicious by various activists and the opposition parties, who have been continuously questioning the need of a new fund when we have PMNRF, and the fake cheque allegations on BJP leaders. Many questions have been raised over the transparency of this fund, which lacks RTI questioning and audit by CAG.

Yesterday, when people sitting in government and BJP leaders, tweeted the image of a ventilator being purchased with PM-CARES fund, questions have once again started raising on the transparency of the fund.

RTI activist Saket Gokhale, who has been critical to PM-CARES fund since its inception, has made a series of tweets in which he has raised several issues regarding the scam in the name of ventilators.

As per the activist, the ventilator picture circulated on social media platforms by various notable RSS and BJP leaders is a Skanray CV200 model, a Mysore-based company, which is a licensed manufacturer for Philips Healthcare. As per the online shopping store- IndiaMart, the selling price of such ventilator is roughly Rs. 2.5 lakhs/piece.

While PMO allotted 2000 Crores for purchasing 50,000 such ventilators which the government has termed as “Make in India” initiative on 13th May which roughly accounts to 4 lakh per ventilator. That means, while the market price o the CV200 ventilator is 2.5 lakhs/piec, PM-Cares spent Rs. 2000 Crores on the same ventilator.

The RTI activist has once again questioned the transparency of the fund, as in one shot, the Modi government has managed to swindle some 750 Crores, which is considered as one of the biggest scam in independent India’s history.