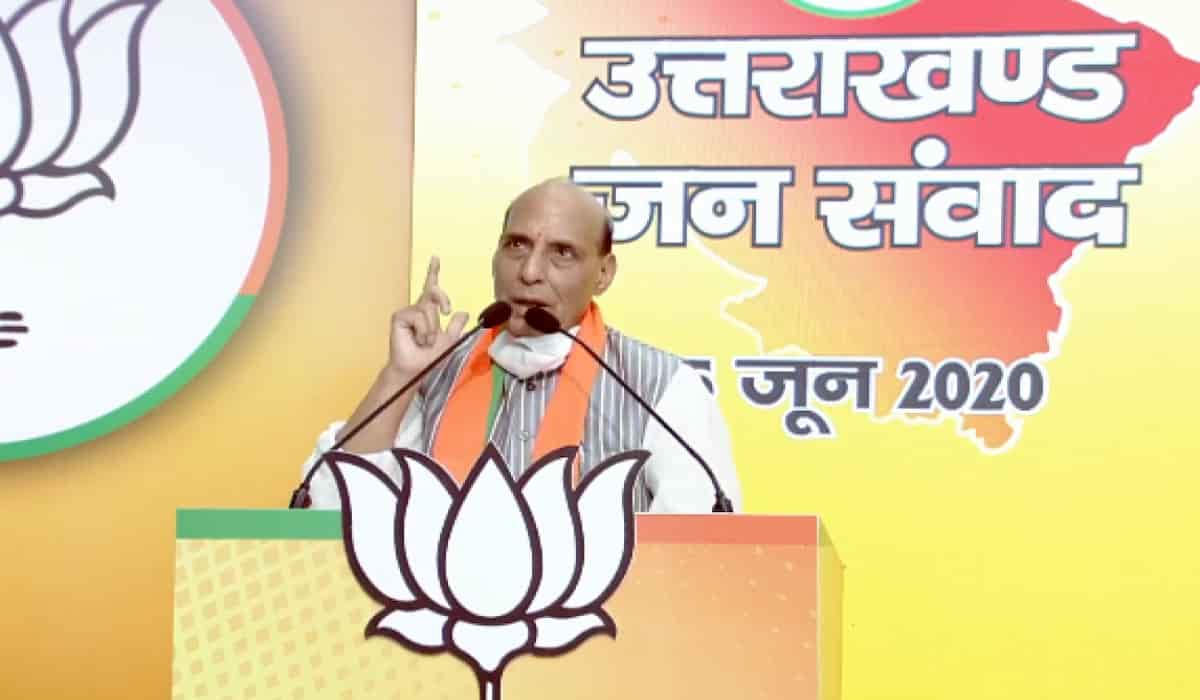 While addressing the rally he mentioned few important points on India-Nepal relationship, and condemned the news of any kind of dispute in India and Nepal, opening doors for resolving any ‘misunderstanding’ at the same time.

Defence minister said, “Ties between India and Nepal are unbreakable. Indo-Nepal ties are not any ordinary ties. We have a relation of ‘Roti and Beti’, which cannot be broken by any power of the world”.

“Nepal and India are united not only geographically, socially but also spiritually. Our roots are strong from our past history and no other nation can break this brotherly bond between the two countries.

Adding the point of spirituality he said, “How can we forget ‘Baba Pashupatinath’? The deity is as important to us as Baba Amarnath, Somnath and Kashi Vishwanath”.

Appreciating the Gorkha Regiment jawans he said, “they have displayed valor and courage on numerous occasions for the country”, he added.

This statement comes after the Cartographic aggression shown by Nepal, by adding the key areas of Lipulekh, Kalapani and Limpiyadhura as their own. A new map was recently passed by Nepal Parliament, without any discussion with India.

Singh suggested that there have been some misconceptions on Lipulekh on Nepal’s part which will be solved through dialogue. “If there are some misconceptions on the road between Lipulekh and Dharchula among Nepal’s people, then we will sit together and solve those issues through dialogue. And I can say this with full confidence that no Indian has any hatred towards Nepal as the relation is so deep between us”.