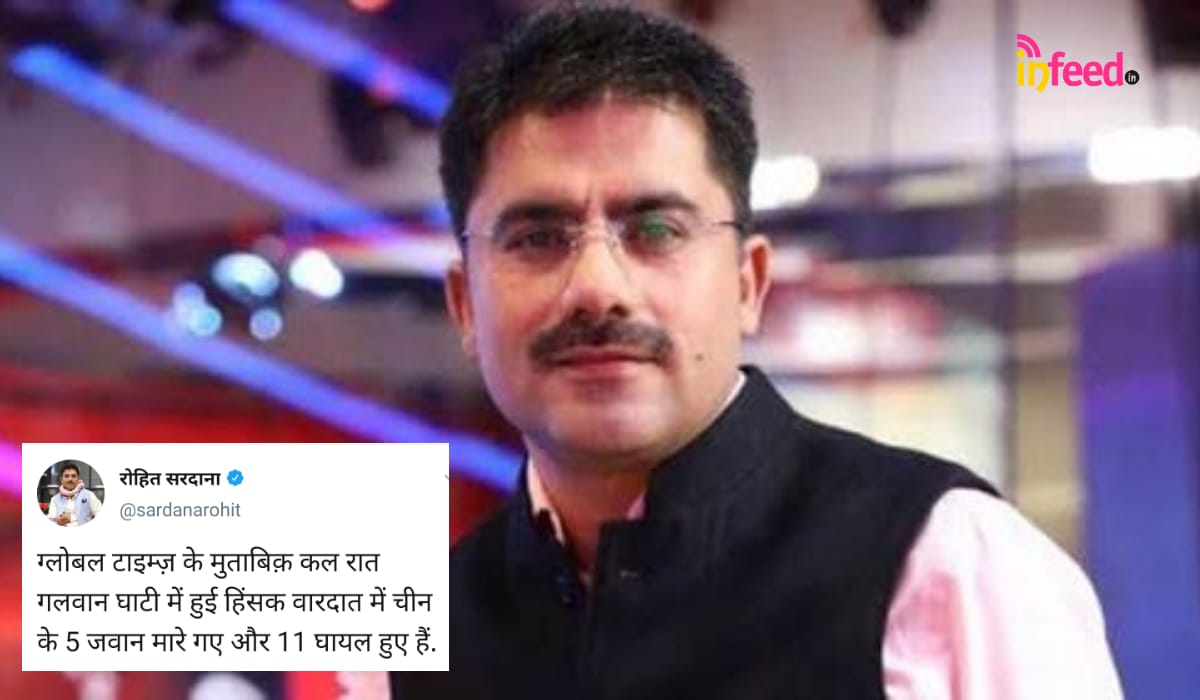 At a time when country is facing adversity, internally – when the people are fighting against corona pandemic, the economy is continuously declining and externally – with almost a daily threat from the neighboring countries, the duty of a journalist is to keep the people well informed.

If in case a journalist fails to keep the people informed, he or she should keep himself away from spreading at least fake news. But in current times, Indian media has hit the epic low; with situation such worrisome that whatever is being spoken by even journalists through various mediums, needs to be fact-checked to prove its authenticity.

In a tweet today, Rohit Sardana claimed that Global times- one of the Chinese frontal media organisation, has reported that 5 Chinese troops were killed in the recent clash at Galwan while 11 got injured.

However, the news agency of China – Global Times has expressed that it has not reported the exact casualties on the Chinese side. The Global Times said that it can’t confirm the number at present.

Such cheap propaganda for the government was never expected from a senior journalist like Rohit Sardana, who posts news without any authentic clarification, just to grab some headlines.

When Rohit Sardana was trolled, he claimed that he was not quoting Global Times, but a journalist of the Chinese News Agency – Wang Wenwen, who had made a tweet yesterday that about 5 Chinese soldiers were killed.

But when the users of micro-blogging site Twitter questioned Wang Wenwen over the source, she expressed lack of any official confirmation and cited another Indian source with twitter handle @NewsLineIFE. She further blamed Indian media for unprofessional practices.