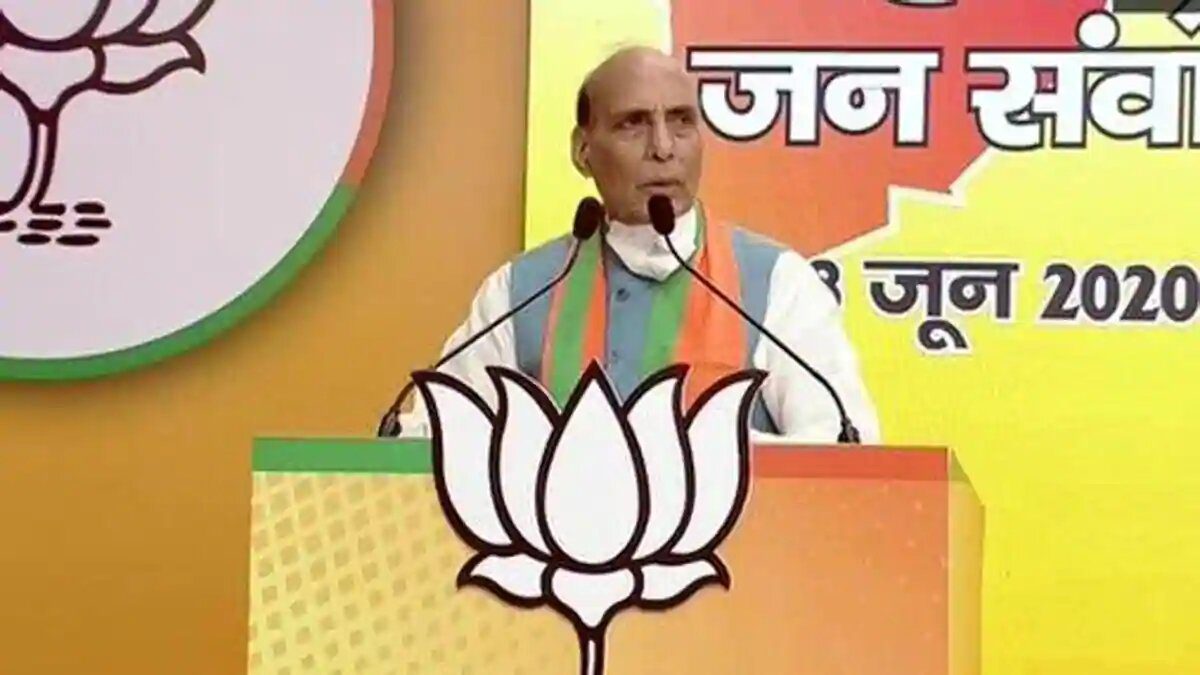 Summary
I Rajnath Singh Lashed Out At Shivsena
II Author

Union Defense Minister Rajnath Singh has said that India’s dialogue with China is going on at the military and diplomatic level regarding the border. He tweeted, “There has been military level talks on June 6. We do not hurt the honor and self-respect of any country nor will we tolerate an injury to ours. Many Congress leaders are asking the question what is happening on the India-China border? I would like to assure the people of the country that this will be explained in detail in the Parliament.

Earlier, while addressing the Maharashtra Jansamvad rally with video conferencing, Rajnath said that the talks with China were positive and it will continue. We will resolve the boundary dispute issue as soon as possible. I want to assure the people of the country that the leadership of the country is in strong hands. Will not let the country’s pride hurt.

Rajnath Singh Lashed Out At Shivsena

Rajnath Singh, lashed out at the Shiv Sena, NCP and the Congress coalition government on the pretext of the Corona epidemic. He also specifically targeted the Shiv Sena for breaking the alliance. He said that if we look at the situation in Maharashtra from Corona, it seems that there is no government name in the state. Circus is not going on in Maharashtra. He said, BJP and Shiv Sena formed an alliance when elections were to be fought.