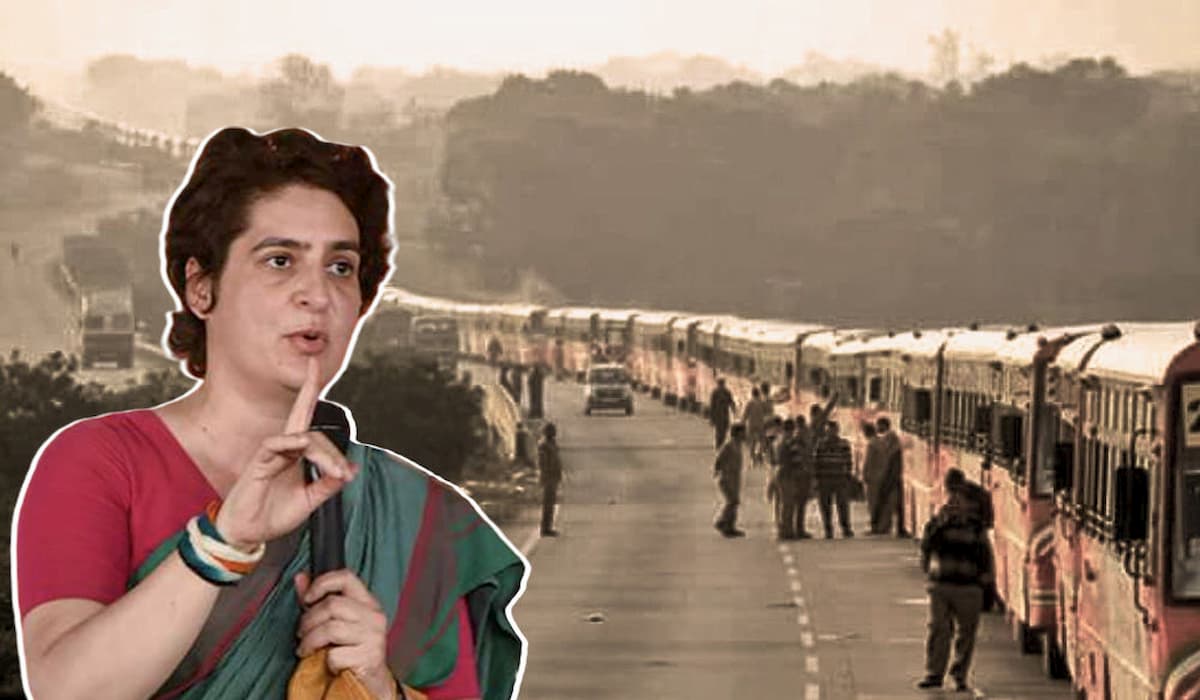 This efforts have been done despite the Adityanath government turning down the proposal of government to ply 1,000 buses for the migrant workers. As per the sources of Uttar Pradesh Congress, the efforts of bringing back the migrant workers had begun much earlier than the time Yogi Adityanath government turned down the demand of buses. This includes the help being done by the Congress workers in providing seats in Shramik Special trains and helping them get seats in buses.

A top Congress source associated with Priyanka Gandhi said that the party general secretary and in-charge of eastern Uttar Pradesh has been helping people much before the introduction of Shramik Special trains on May 1 and long before the state government started operating buses in mid-May.

The source said that since the lockdown was first extended for 19 days, Priyanka Gandhi had started helping stranded migrant workers, as news of migrant laborers walking with their children on news channels and social media Were visible

A Congress source said that due to Priyanka Gandhi’s intervention, more than 44,000 migrant workers were repatriated by buses or Shramik Special trains provided to Uttar Pradesh by different states. “

Priyanka Gandhi has started ‘Uttar Pradesh Mitra’ helpline number in the wake of corona pandemic in order to connect with the migrant workers stranded in different parts of the country. As per the sources, around 5 lac issues have been raised up through this helpline besides five lac other requests being received from different district units of the state.

The Congress source said that the state units of the party then coordinated with the migrant workers and arranged their return by buses or Shramik Special trains and the amount was paid by the Congress state units.

Suraj Singh Thakur, vice-president of the Mumbai Youth Congress, said, “Priyanka Gandhi’s office shares with us the request for travel and ration arrangements of stranded migrant workers in Mumbai.” Thakur, who is coordinating for the safe return of migrant workers, said that Priyanka Gandhi’s office ensured that the list shared with the Maharashtra Congress team was properly followed and assistance was provided to all.