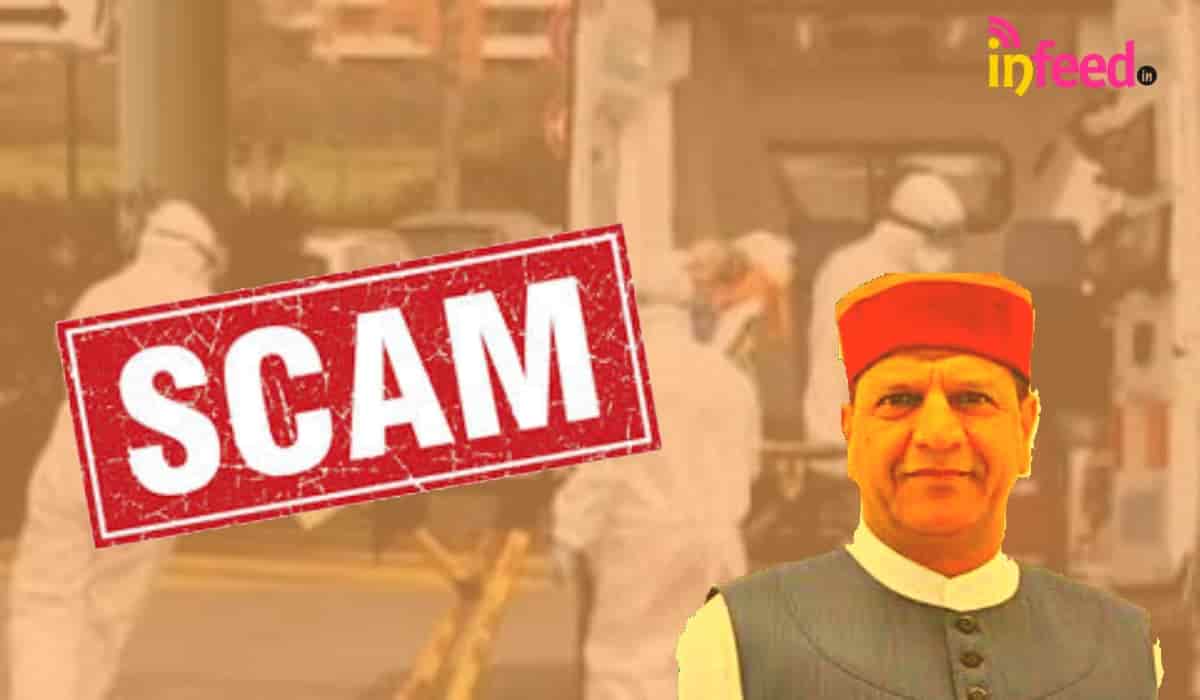 Rajiv Bindal resigned from the post of Himachal BJP President on Wednesday, in the alleged audio viral case of the health director in a mess in the health department. The resignation sent to the party’s national president Jagat Prakash Nadda has also been accepted by the party high command.

Bindal has written in the resignation letter that he is resigning only on the basis of high moral values. In this case, former health director has been arrested and sent on remand. It was already apprehended that there might be a big earthquake in the state’s politics in this matter.

The notice of Rajiv Bindal’s resignation came on Wednesday morning when the Himachal Cabinet meeting was going on. In his resignation, Bindal, while addressing the BJP national president, wrote that the audio CD of the director of the health department went viral recently.

After this, the state government took immediate action and registered a case against the director and arrested him. Vigilance is investigating this. In view of this, fingers are being raised indirectly towards the BJP on behalf of a few people. Bindal has written that he assures that the party has nothing to do with this matter.

Recently, a 43-second audio clip went viral on social media. There are allegations of having found the voice of Health Director. There are talks about illegal transactions of about five lakh rupees. This transaction is being linked to purchase of health material related to Covid-19. A Himachal BJP leader’s name was also being linked to the same issue. In this, allegations of connivance of BJP leader started arising that in the meantime, on Wednesday, BJP President Rajeev Bindal resigned and brought a stir in Himachal’s politics.

After the resignation of Rajiv Bindal, CM Jairam Thakur said in an informal conversation with the media that he has spoken of resigning on moral grounds. The national president of the party will decide on this subject. In this matter, the opposition who were trying to speak unnecessarily, it is better that they have decided on the basis of morality.

India has become a land of corruption in past one decade. Whenever any incident occurs, it is bound to be followed by a corruption. Recently, after the break of pandemic too, many corruption charges have surfaced across the country. It includes the flour scam of Madhya Pradesh, Ventilator Scam of Gujarat and now PPE Scam of Himachal Pradesh.