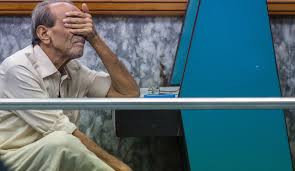 Pakistan’s export industry is facing a major cash crisis due to non-payment. After receiving many complaints on this issue, now the government’s eye is open. The government has promised that exporters will be paid in full within this month.

Finance Advisor Dr. Abdul Hafeez Sheikh made this promise during a meeting with the representatives of the export sector. Despite assurances from the government, experts believe that this promise may prove to be a blank. The reason for this is that the government itself is struggling with a cash crunch. The government’s confidence in exporters has decreased.

According to the report, the meeting discussed the deteriorating condition of global economies due to Corona virus. The delegation of the export group told Sheikh that the demand for their products had reduced considerably due to the epidemic. The textile industry in particular has been affected.

As demand in the export industry increased in February-March, it is witnessing a huge decline due to Corona virus. Given the global business situation, the cash crunch for this industry is getting bigger and many companies may declare bankruptcy if they do not get help.