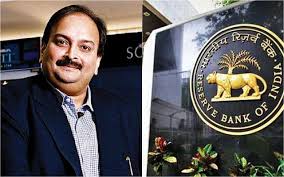 Mehul Choksi has topped the list of 50 willful defaulters in the country. Mehul owned firm Gitanjali Gems Limited, has a liability of Rs 5492 crore among the 68,607 Cr waived off by the banks.

Activist Saket Gokhale has filed an RTI in which he asked the names of top 50 willful defaulters and their current account status till February. Saket told the media, that he asked it purposefully, as Finance Minister Nirmala Sitharaman and Minister of States for Finance Anurag Thakur didn’t respond to this question raised by Rahul Gandhi during Parliament’s Budget Session.

According to the RTI reply, this amount has been written off technically in September 2019.

The second place in this list is of REI Agro Limited, which took loans of Rs 4,314 crore. Its directors Sandeep Jhunjhunwala and Sanjay Jhunjhunwala have been under the investigation of the Enforcement Directorate (ED) for more than a year.

In this list of 50 top willful defaulters, Mehul Choksi’s corruption-ridden company Gitanjali Gems Limited tops, with a liability of Rs 5,492 crore. Apart from this, other group companies are Gili India Limited and Nakshatra Brands Limited, which took loans of Rs 1,447 crore and Rs 1,109 crore respectively.

While Mehul Choksi is in Antigua’s Barbados Island, his nephew and another absconding diamond merchant, Nirav Modi is in London.