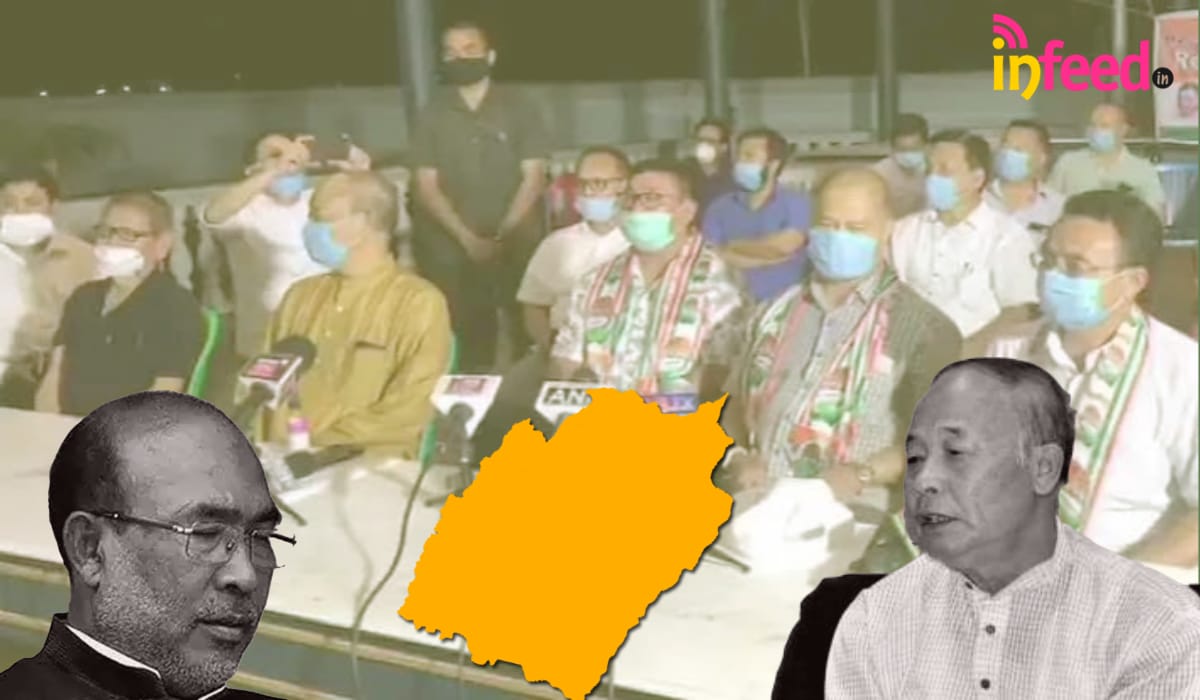 The BJP-led government in Manipur may have won the only Rajya Sabha seat in the state on Friday, but the government is still under threat after the withdrawal of support of 9 MLAs. The backdoor meetings of the opposition Secular Progressive Front (SPF), led by the ruling BJP and Congress, continue in Manipur’s capital Imphal to save and topple the government.

On Sunday, NPP President and Meghalaya Chief Minister Conard Sangma went to Imphal and met party MLAs and participated in meetings of other parties. It is reported that Hemant Biswa Sarma, senior Assam minister and Convenor of North East Democratic Alliance (NEDA), who played a key role in the formation of the BJP government in Manipur, visited Imphal immediately to save the government.

According to Imphal Times, both Sangma and Sarma flew to Imphal by chartered plane. They held meetings at a hotel in the Manipur capital to resolve differences and bring the NPP back to the ruling coalition. Nothing has come out about the outcome of this meeting. Both leaders were to leave via Imphal on Sunday.

Manipur Congress spokesperson Nignomban Bupenda Meiti said, “I heard that Meghalaya Chief Minister and NPP President Conard Sangma and Assam Health Minister Himanta Biswa Sarma are in Imphal today. Even if someone else is replaced by the chief minister, his presence will have no effect. The only solution in Manipur now is to form the SDF government under the leadership of the Congress. ”