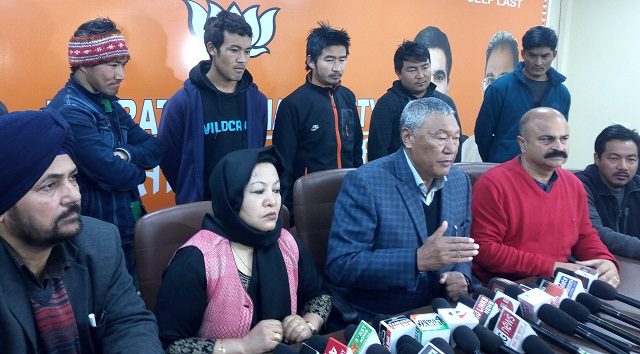 Dorjay resigned in protest to the failure of Ladakh UT administration to evacuate Ladakhi passengers, patients, patients, pilgrims and students stranded from the various cities and states in the country.

Further, he added, “I had expressed my doubts about the problems well in time to the party high command through a videoconference. I am pained to see the patriotic people of Ladakh being treated so shabbily and with disrespect by the UT administrators.”

He also blamed UT administration that “the UT administration has rendered autonomous hill councils of Leh and Kargil ineffective by not allowing them to function as per the council Act. Ladakhi’s have sacrificed a lot to achieve the autonomous status for the two districts”.