L&T Has Money for PM-CARES, Not to Pay Wages

L&T Has Money for PM-CARES, Not to Pay Wages 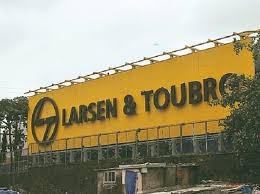 Engineering giant Larsen & Toubro (L&T) has lost Rs. 12,000 crore worth billing due to nationwide lockdown. Even after that L&T decided to give Rs.150 crore to PM-CARES, but denied paying wages to the workers, most of them were migrant. These workers belonged to North India.

Over the issue of non-payment of salary, over 1,600 workers of L&T protested at IIT-H. They had been ignored over the period of lockdown and were not paid salary. Neither they were provided food and accomodation. The migrant workers raised their voice to send them home.

1,600 #MigrantWorkers, mainly from N India, employed by L&T at IIT-H (Kandi, Sangareddy district in Telengana) protesting against non-payment of wages. They were ignored in lockdown, not provided food and proper accommodation. They were demanding the company to send them home. pic.twitter.com/VTfS4FEabE

Earlier the company’s top management told its employees in a webinar that it would look to deffer monetary appraisals due to the loss of Rs 12,000 crore worth billing due to the nationwide lockdown.