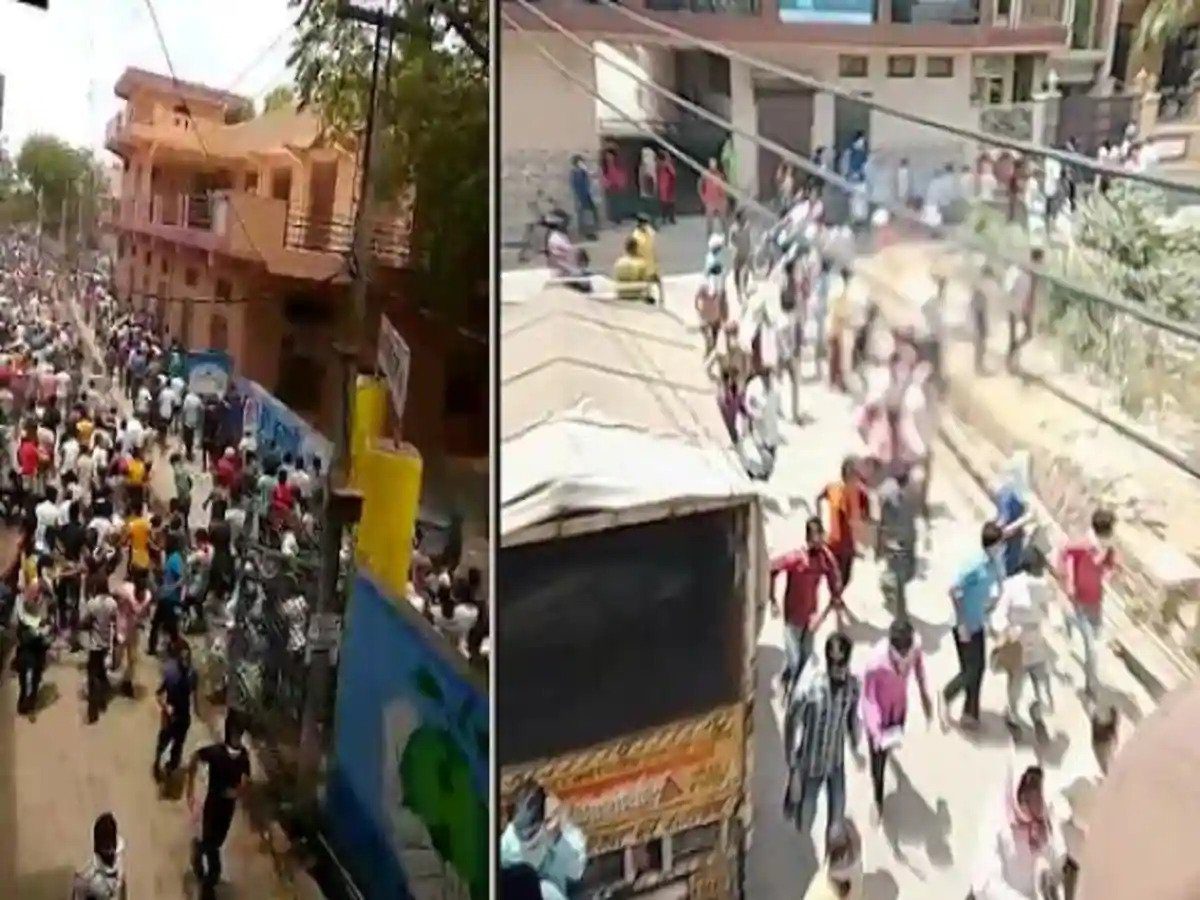 Registration was being done to send migrant workers home to the middle school of Khoh village at 1.30pm on Sunday. On the information of this, more than eight hundred laborers from Bihar, Bengal and Uttar Pradesh who lived in Khoh village reached. People arrived here but they were not allowed to go inside.

The local people didn’t allow the migrants to register, while they were insisting to go home. This created a choas after which police force used lathi-charge to control the mob. This led to more chaos among the migrant workers.

The migrant workers have been facing hardships in Manesar, as without work and money, they are finding it difficult to get food for money and pay rent.