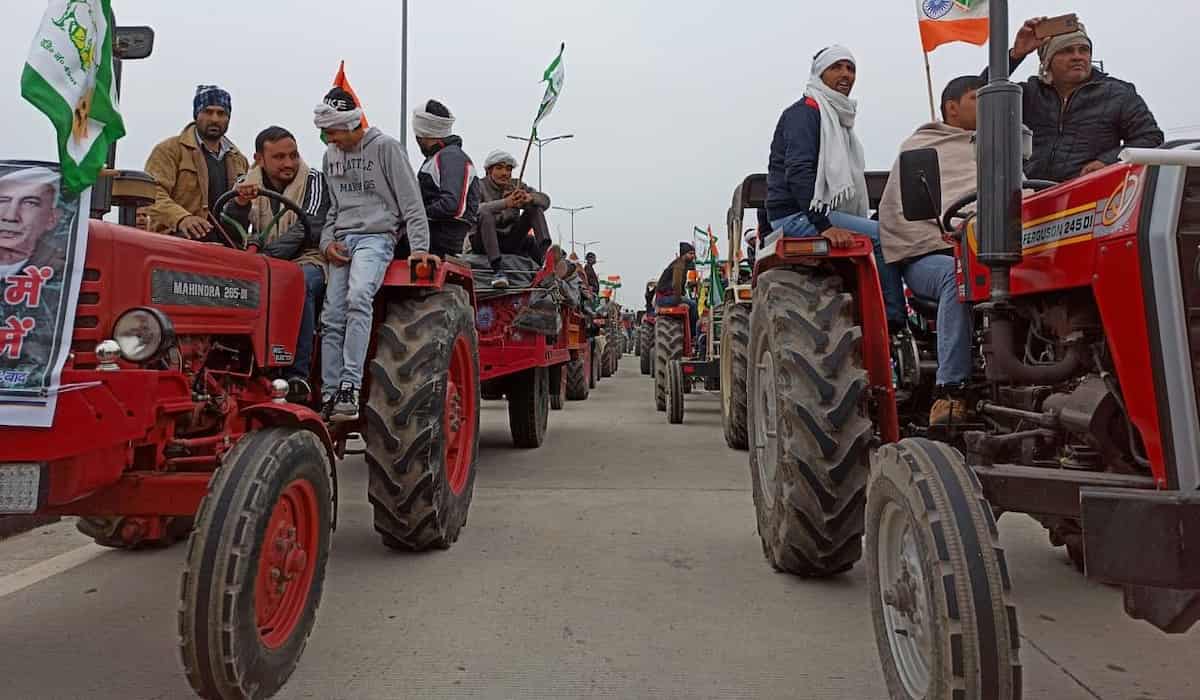 Amid the ongoing agitation of farmers on the borders of Delhi against all three agricultural laws, they will take out a tractor rally on the occasion of Republic Day. At the same time, the Delhi Police has allowed the tractor rally from the three routes i.e. Singhu, Tikri and Ghazipur border. Five thousand tractors and five thousand people have been allowed to enter Delhi on every route. However, the United Kisan Morcha issued a statement saying, there is no restriction on the number and timing of vehicles in our parade.

Making another announcement on Monday, Kisan Morcha leader K Darshan Pal said, “We will march on foot from different places towards Parliament on February 1 i.e. the budget day.” The protesting farmers are firm on their stand to withdraw the three agricultural laws and till this demand is met, the agitation will continue. Every march or demonstration will be peaceful. Farmers coming for the tractor parade will not go back and join the demonstrations.

At the same time, in view of the possibility of traffic being affected in many places due to the tractor parade of farmers from the three border areas of the capital, Delhi Traffic Police issued a separate traffic advisory on Monday warning people not to pass the tractor around the parade route, otherwise there may be trouble.

Hundreds of women will also take part in the Kisan Republic Parade. Social activist Jeba Khan has claimed that around 500 women will drive a tractor. He said, women also participated actively in the freedom movement of the country. This rally will also be no less than the independence movement.