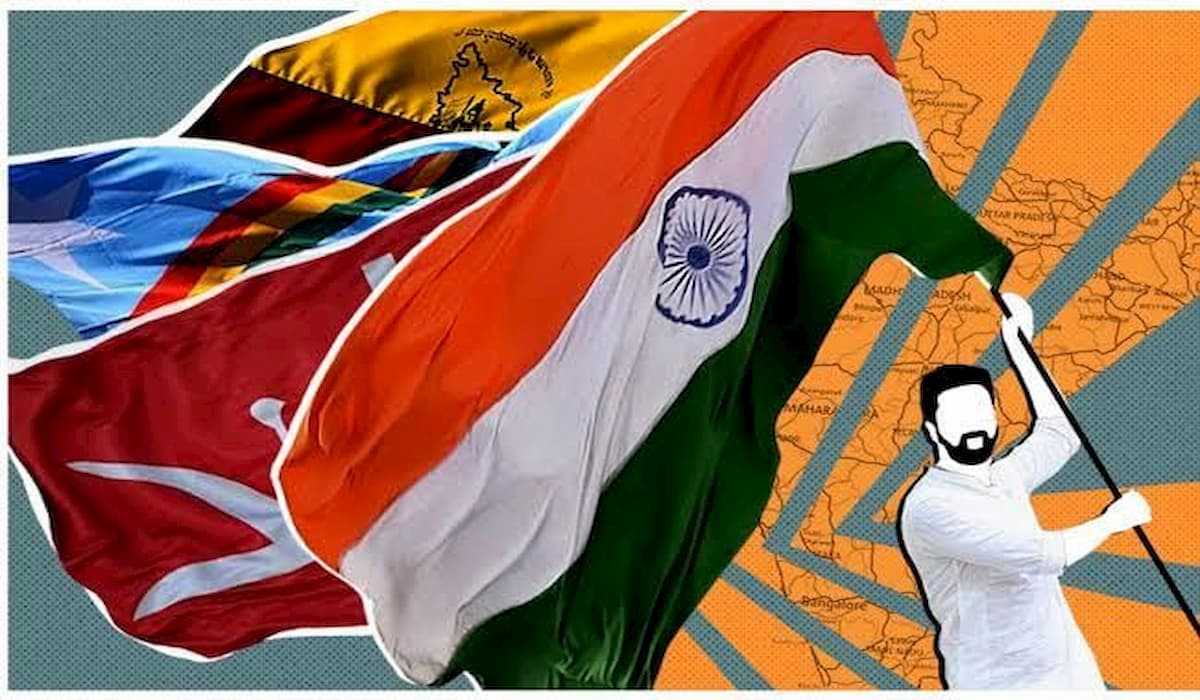 In 2019, a man in a movie hall did not stand up during the national anthem, and he was smothered with death threats, narrowly missed the mob lynching him, and imprisoned at the end of that fiasco. Dozens of similar instances have transpired over the last few years. People’s lives are on a line under the radar of suspicion of being anti-national.

Today is Republic Day and patriotism soars high in hearts while millions rise to the occasion to pay homage to our nation and our country people.

Yet under the umbrella of glorious paraphernalia, military marches, traditional dances, diverse cultural events, magnificent speeches, patriotic songs, there are sinking shadows of gloom that lurk around. People know all is not well. Hearts are bleeding because the nation is being divided on the pendulum of polarization to advance certain powerful people’s ambitious agendas.

In this game of chess, the powerful are building a certain brand of “patriots” to churn up atmospheric disturbances. In order to discern the categories of patriots and identify the fake from the pure, it is important to name them out.

Basically, there are three kinds of patriots:

The militant patriots who weigh their words in blood.

The Militant Patriots: The forces that fight and protect a nation is the Army, the Navy, and the Air force. Some even join the defense services more of a vocation rather than a call to patriotism, but over time, national loyalty gets embedded in their genes. The winds of nationalism behind them push them forward to fly into unexplored realms of patriotism. The defense forces actually learn pure patriotism because they are living at the mercy of a muzzle of a gun daily. It is not a game to showcase around for political pride. Death in one’s face purges fakeness to prepare a soul to truth, reality, and eternity. This is why it is dangerous when the political crowd tries to use the defense forces for their gain.

The Nation-Building Patriots: People that build a nation are the energy of the nation. They are passionate, noble souls such as farmers, doctors, nurses, police officers, traders, journalists, constructors, carpenters, political leaders, spiritual leaders, teachers, writers, etc. Most people do not recognize this category people as patriots, but they are one of the truest of their kind. These patriots build, heal, guide, repair, restore, mend and build foundations, add value and worth to everything around them. They are not petty, cribbing, or hounding but act on the ebullience of creativity.

The Pseudo Patriots and Pseudo Nationalists: As we observe political upheavals in India today, it is becoming apparent that the third group of “patriots” is masquerading under the guise of patriotism to earn favor from their “rulers.” These are the pseudo patriots and pseudo nationalists: These groups are vociferously accusing others of being anti-nationals. A bitter tirade of vicious words and violence is spewing in rising intensity. The Pseudos have even gone on a killing rampage. If we think this kind of bloodshed is the stamp of a patriot, we are mistaken because blood begets blood and the cycle of revenge never ends. They only divide a nation further.

Pseudo patriots work on the big great split insidiously dividing caste, religious, ethnic, cultural, racial differences and drag a nation to the arena of a battlefield.

Sydney J. Harris, the American journalist who worked for the Chicago Daily News and, later, the Chicago Sun-Times said, “The difference between patriotism and nationalism is that the patriot is proud of his country for what it does, and the nationalist is proud of his country no matter what it does; the first attitude creates a feeling of responsibility, but the second a feeling of blind arrogance that leads to war.”

The real nation builders are the patriots who pave paths to make a nation strong. There is acceptance, tolerance, and grace for diversity.

People make a nation and without people, a nation ceases to exist and the word patriotism fades into nonexistence. Mahatma Gandhi said, “For us patriotism is the same as the love of humanity.”

On Republic Day, let us revive the powerful might of our preamble, which gives dignity to every human in India and in the Universe. Our unique preamble never inculcated hatred and division. Inclusion is its richest and strongest fabric.

Let us read the Preamble of the Constitution together to ignite new flames of pure patriotism:

We, the people of India, having solemnly resolved to constitute India into a sovereign socialist secular democratic republic and to secure to all its citizens:

Equality of status and of opportunity;

And to promote among them all fraternity assuring the dignity of the individual and the unity and integrity of the nation.

The preamble reflects the soul of the Indian Constitution. May we never forget this.