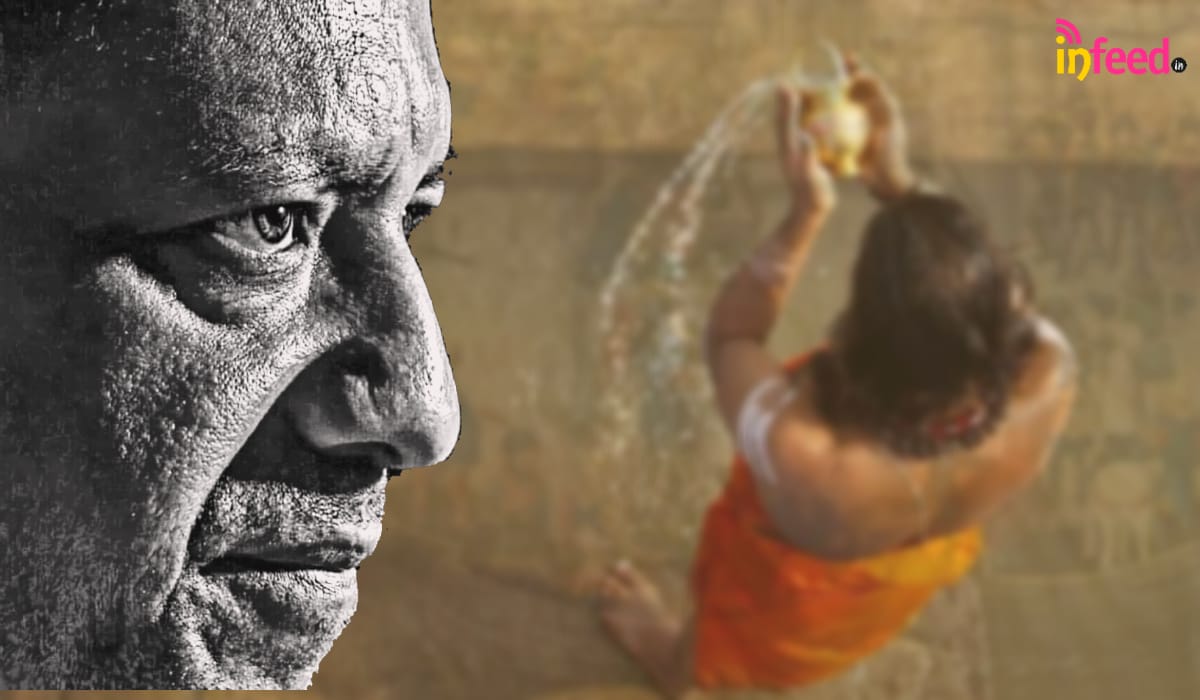 Soon after Vikas Dubey’s encounter, the entire media community of Delhi started criminalising the entire Brahmin community of the state without even realising the ground situation and analysing the Yogi’s tenure in which Brahmins have been continuously being targeted by the government or the officials.

Its not just the Vikas Dubey’s encounter, but even before that, the politics around the state has changed the UP BJP dynamics. The Hindu higher caste votes, which voted for BJP in the last assembly elections, seem to be moving away from BJP in the Thakur vs Brahmin clash going on in the state, which is being indirectly supported by the CM Ajay Bisht, who himself belongs to the Thakur community, another dominant vote bank in UP.

While the media houses try to divert the attention of every question being asked about Brahmin’s killing to Vikas Dubey, they have maintained complete silence on the killing of 23 Brahmins in a short span of 11 days.

Media reporter Minakshi Joshi tried to take over the people responsible for a twitter trend last night, while claiming that its unethical to connect a culprit with his caste

However, soon, people started putting up facts about continuous targetting of Brahmins in Yogi’s rule.

Another user tried to raise the point of killing of more than 600 Brahmins in the state since the time Yogi Adityanath took oath.

The Brahmin vote bank of Uttar Pradesh has been aligned with BJP ever since the time when former PM Atal Bihari Vajpayee used to contest elections from UP. Brahmin’s which constitute almost 12% of the voters in the state used to impact the state politics upto a great extent, but always felt ditched whenever BJP came to power in terms of the CM. They did vote for BJP even in 2017 elections, but even after 58 MLAs belonging to the community, none of them has got an important portfolio in the state cabinet.

Earlier also, whenever BJP came to power, Brahmins vote had a very important part to play, but were always ditched. particularly in 1991 when BJP formed its first government in UP, Brahmins were not adequately represented. Recall the UP assembly elections of 1993, right after the Babari Masjid demolition. The SP-BSP combine got 172 seats while the BJP got 173. In 1991, BJP had won 221 seats.

Maybe BJP government in the state and the Modi-Shah duo has forgotten the important lesson of history that it was the Brahmin community of the state that led Brahmin-Dalit-Muslim combine in pre-Mandir, pre-Mandal era, that led Congress to power from 1952-1985.

What more can be concluded that the anti-Brahmin stance of CM Yogi Adityanath, who has done more or less nothing where Brahmins have been victims. Even, he himself is considered to be the Brahmin vs Thakur drift from early 90s.

One of the first decisions he made after becoming the state chief minister was to order revenge raids on Hari Shankar Tiwari, the ageing Brahmin gangster-politician from Gorakhpur. Tiwari was a rival of Virendra Shahi, the Thakur gangster and Yogi’s mentor. During the late 1990s, Shahi was gunned down by Sri Prakash Shukla, the Brahmin daredevil, in broad daylight in Lucknow. By conducting a raid on Hari Shankar Tiwari, Yogi appeared to have opened the old wounds.

Not to forget the incident in which 5 people were put ablaze in Unchahar; nothing much has been gained in the the suicide case of a Brahmin girl in Navodaya School, Mainpuri. Similar is the fate of Aditya Narayan Tiwari alias Kabir Tiwari, a youth worker of BJP was killed on 9 October 2019 in the township and the family is still waiting for justice. Even Vivek Tiwari’s family, who was killed by a policeman in 2018 is still waiting for the justice.

Situation in UP is such that Brahmin assertion will lead to Muslim and Dalit assertion. Now that Yadavs are in opposition, they too may join. If this happens, this will forever alter the face of UP politics.