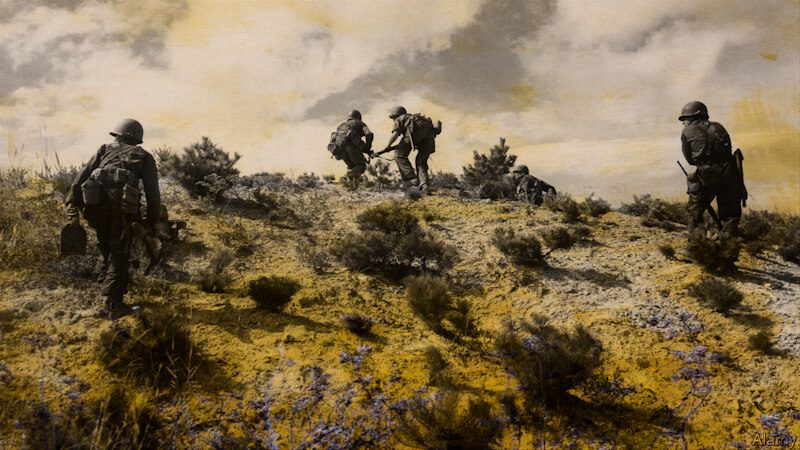 Summary
I In a severe deflationary environment; when the economy is shrinking and demand is perpetually low, war becomes one of the biggest incentives for nations to stimulate their economies.
II Author

In a severe deflationary environment; when the economy is shrinking and demand is perpetually low, war becomes one of the biggest incentives for nations to stimulate their economies.

India and Chinese troops are once again engaged in a border standoff. China has occupied 40-60 sq km of Indian territory in Ladakh. While Indian & Chinese soldiers have been engaged in physical clashes since early May. Talks between the Indian & Chinese government has failed to find any mutually agreeable solution. Both nations have increased their troop presence along the LAC.

In the past, such border confrontations used to get amicably resolved through diplomacy. This time too both sides appear cautious about the tone of their message used in front of the media. Most of the time there are a lot of incentives for nations to maintain peace. However, there is one big incentive missing for both nations this time – a working economy.

Wars, in general, are costly affairs which politicians like to avoid. Along with the risk of defeat, they may also get the reputation of bankrupting their nation. Additionally, international opinion acts as a watchdog which keeps the warmongers at bay.

But in a severe deflationary environment; when the economy is shrinking and demand is perpetually low, war becomes one of the biggest incentives for nations to lift their economies.

Politicians fear two things the most – hyperinflation and deflation. Contrary to popular belief, economic growth has little to do with the fortunes of a ruler. People are much more sensitive to the stability of prices than GDP growth.

In times of deflation, when demand is weakening and businesses are losing their viability, the government has to become a major spender to offset for the lack of demand. This has become even more essential in a fiat monetary system as a shrinking money supply can massively magnify the scale of a decline.

Governments generally spend on new projects or directly puts cash into the hands of people. Such fiscal stimulus works. But COVID-19 has created a unique situation for the world. The disease has reduced demand through fear. People are now fearful of crowds. Malls, restaurants, pubs, public transport all have become a no-go area. This has also created uncertainty which further impedes consumer spending.
This negates the efficacy of any government cash handout.

As such you can be rest assured if the world isn’t buying anymore, China is going to be the major sufferers.

China has thrived in a free market world since the reforms process that started during Deng Xiaoping’s reign. Its export-oriented economy has made the country the universal factory of the world. In 2019, China exported US$ 2.499 trillion worth of goods around the world. In comparison, the total value of goods exported by India is only US$ 330 billion.

Such massive revenue in foreign currency allowed China to grow at almost triple the growth rate of other large economies for almost two decades. This kept the Chinese population happy and demotivated to revolt.
However, the system works well until the world is buying all those Chinese products.

The COVID-19 has suddenly ended the party. China even though has successfully halted the pandemic, but its factories now have no demand to fulfil. As such only way to make those factories running again is by fuelling domestic consumption.

History has shown repeatedly in times of economic depression, stronger countries wage wars to stimulate demand in their market. A war creates immediate demand for weapons, machinery, labour and money. Countries finance war mainly through borrowing. Borrowing can create inflationary pressure. But people have the tendency to hoard currency in uncertain times. This keeps a war economy fairly stable, albeit temporarily.

Hitler is a prime example of a man who brought the German economy out of recession by gearing the whole nation towards rearmament. People believe Hitler waged wars for global conquest. In fact, war was an economic necessity for him. The whole country was pushed towards strengthening the German military. Men & women were inducted to manufacture guns, tanks, spare parts, build roads, bridges & railways. Wars were required to stop Germany from collapsing.

the USA couldn’t come out of the Great Depression until World War 2 broke out. It became a superpower by supplying the fighting armies with man, machinery and by lending money. While other nations destroyed each other, US profited from the war.

Similar examples can be found during the worldwide recession that began in 1873. It contributed to the revival of colonialism. Economically depressed western powers made a scramble for Africa to fill up their coffers.

In the nuclear era, however, it is said that the threat of mutually assured destruction prevents any large scale war. However, the nuclear deterrence theory is based on several assumptions.

Firstly, it assumes that each side’s arsenal will be invulnerable to attack. Over time, however, nuclear weapons have become increasingly more accurate. This increases the likelihood of a pre-emptive first strike.
Secondly, deterrence theory assumes optimal rationality on part of decision-makers. This couldn’t be far from true in today’s era of populist leaders. There has been a rise in far-right leaders all around the world who advocate iron-hand measures to deal with problems. It will only take one spur of the moment decision to start a catastrophic chain of events.

Severe deflationary environment leaves no room for countries to expand their economy. As such, the only way of growing faster than others is by plundering the wealth of other nations. Similar kind of environment has been created now by the pandemic. The world is in the midst of a Great Deflation with little scope for businesses to run stably, let alone expand.

Coming back to the Himalayan border dispute, it is an interesting time that China chose to create tensions. China is showing no intention of budging. Instead, it has created permanent posts in the captured Galwan valley. It suits the Communist regime to spark nationalistic sentiments now.

A slowing economy is a great danger for Xi Jinping’s reign. In a dictatorial regime, any economic instability can make the people revolt against the whole system. A border standoff acts as a good distraction. But China needs more than just a distraction. A temporary distraction will not fix the economy. It could be possible, the regime may be looking towards a war economy as a solution.

Unlike the bold actions that Modi government takes against Pakistan, its China response has always been more tepid. India’s foreign ministry spokesperson Anurag Srivastava bared India’s cautious mood in a statement yesterday.
“The two sides have established mechanisms both at the military and diplomatic levels to resolve situations peacefully through dialogue and remain engaged through these channels. At the same time, we remain firm in our resolve to ensuring India’s sovereignty and national security”, he said.

The US, a de-facto third party in any war also has fewer incentives to prevent a conflict this time. An India-China war can be a huge incentive for the US’s defence industry. Plus, it helps Donald Trump’s agenda who is already engaged in a trade war with China. The US President wouldn’t complain if India fights war.

Prime Minister Narendra Modi must have learned from the Doklam debacle in 2017. After agreeing to pull out each other’s troops from the stand off-site China, later on, occupied the whole of Doklam Plateau. This time Modi government has to be more alert. Indian administration has to ensure any resolution to defuse the current situation does not allow China to change the status quo later on.

A short and swift border war can be advantageous for China. But India needs to avoid any escalation as well as get back the captured areas. It is a tight rope that PM Modi has to walk without falling into the Chinese trap.