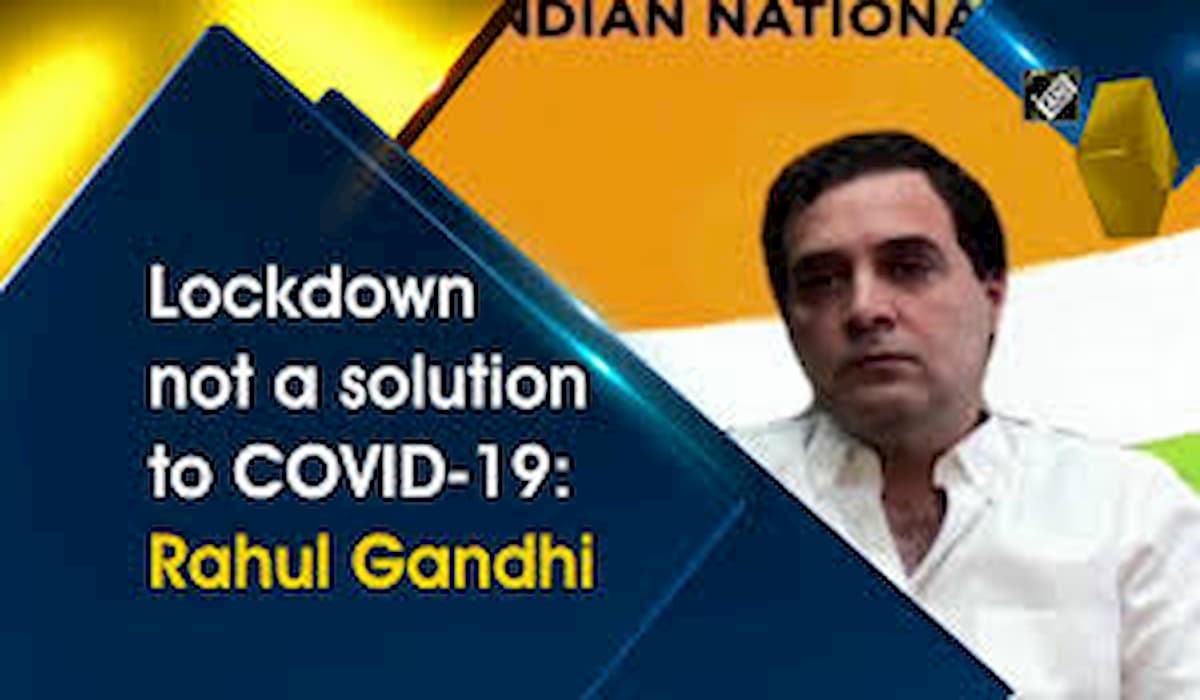 Joint research conducted at the University of Cambridge and Greenwich in the UK has confirmed what Congress Leader Rahul Gandhi has said about a month ago regarding the imposition of the lockown. The research resulted in the same statement what Rahul Gandhi said – “lockdown is not going to stop the spread of the virus.”

In the results mentioned yesterday, the research mentioned that the rate of growth of corona can’t be controlled by just implementation of lockdown. However, enough precautions are to be taken to control the recursion of corona virus including wearing of face masks, which should be made compulsory. He suggested that economic activities should be started with these essential habits. The research was published in the scientific journal “Proceedings of Royal Society A”.

Rahul Gandhi had earlier expressed the same views while addressing media conference via zoom that lockdown is just a pause button and enough measures should be taken to restart the economy while maintaining social distancing and increased testing following other precautionary measures which was also agreed upon by WHO.

The Congress leader had earlier also demanded of bringing back stranded people in Middle East, to which government responded positively by implementing Vande Bharat Mission.