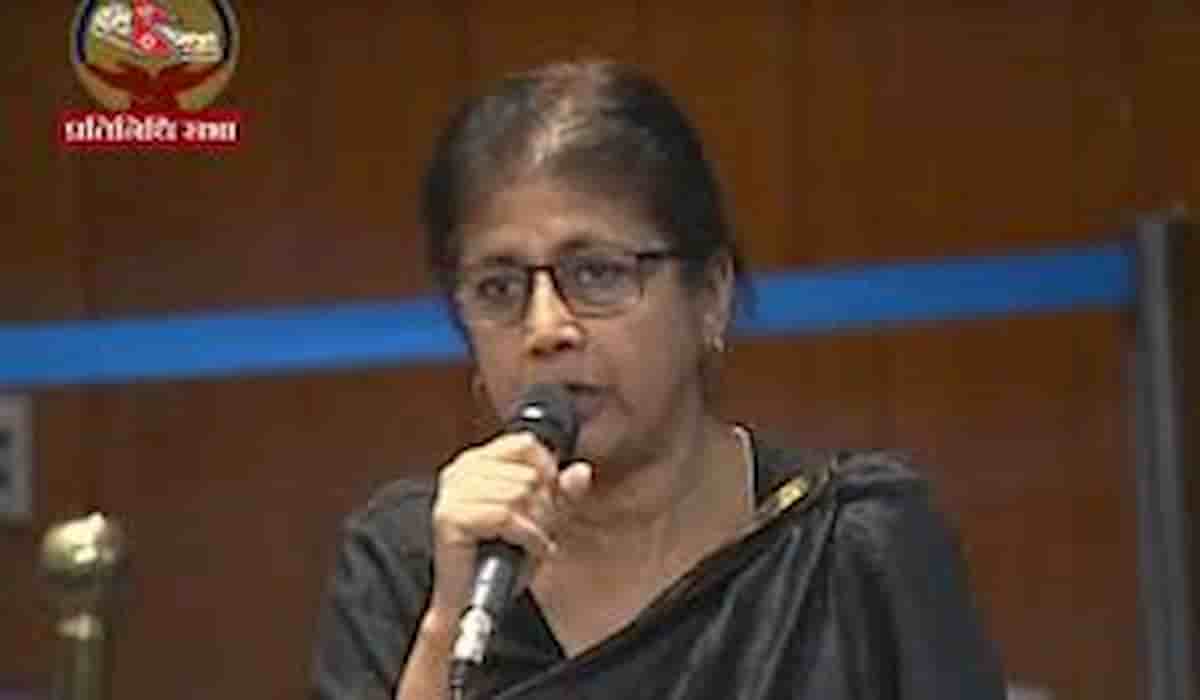 In the Parliament House of Representatives of Nepal, the Constitution Amendment Bill was passed two days ago regarding changes in the map. During this time, an MP from there, Sarita Giri, strongly opposed this amendment. Now the news is that this MP’s house has been attacked. According to media reports, she has been threatened to leave the country. Also, black flags have been installed outside her house. It is being said that even after the complaint, the police did not reach for their help.

Why was Sarita Giri Opposed?

Sarita Giri is the leader of the Samajwadi Party of Nepal. He strongly opposed the Constitution amendment bill regarding the change in the map. Putting his separate amendment proposal on the Constitution amendment proposal, Giri demanded that it be rejected. He had said clearly that at the behest of China, Nepal wants to change the map. Sarita Giri had also claimed that the people of Nepal themselves do not want any dispute with India over the map. She was of the opinion that Nepal should have negotiated with India and China before releasing a new map.

Hours after Nepal’s Deputy Prime Minister and Defense Minister Ishwar Pokharel’s proposal for talks, the Parliament of Nepal passed a constitutional amendment proposal for a new ‘disputed’ political map of the country. The proposal for this new map was passed unanimously in the House of Representatives, the lower house of the Nepali Parliament. In this map, Lipulekh, Kalapani and Limpiyadhura are shown in Nepal.

India Reacted Strongly Against the Move

The Government of India reacted strongly to Nepal government showing Limpiyadhura, Kalapani and Lipulekh in its new political map. Indian Foreign Ministry had said that such a claim on any area of ​​the country will not be accepted by India. The Indian Foreign Ministry issued a statement saying that the Indian territory has been shown in the official map issued by the Government of Nepal, this unilateral movement is not based on historical facts and evidence