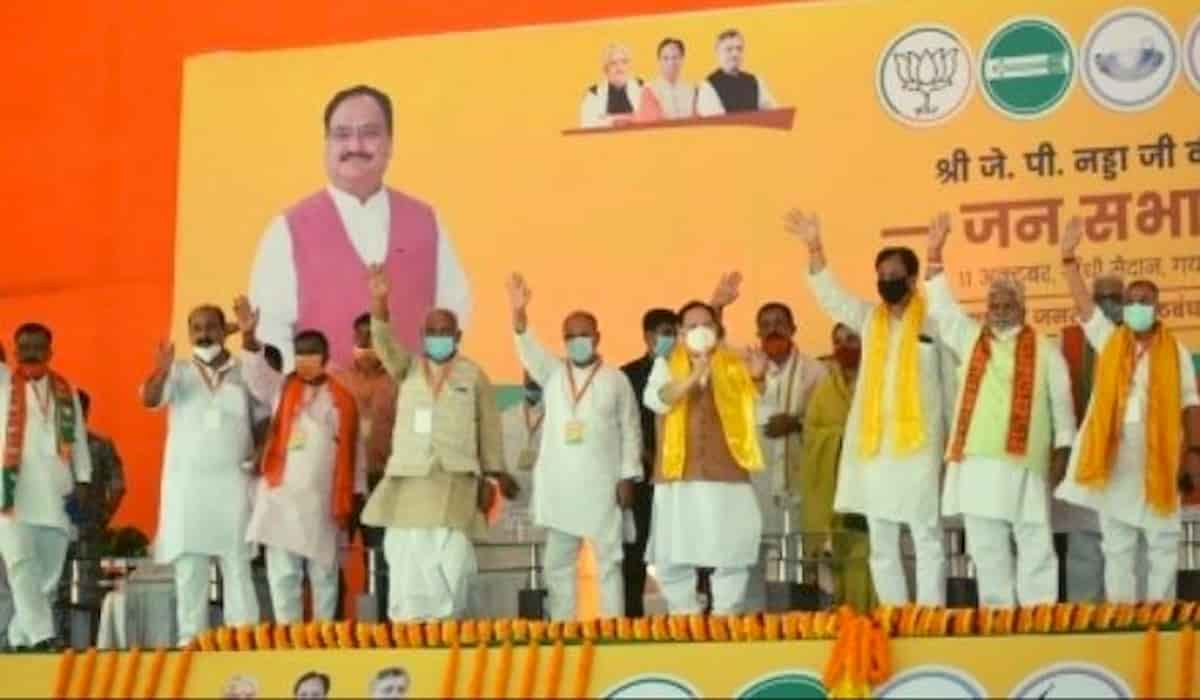 The district administration of Gaya has lodged an FIR against BJP leaders for floating Covid guidelines at BJP National President JP Nadda’s rally in Gaya.

On the basis of the statement of the Circle Officer Rajiv Ranjan, an FIR has been filed at the Civil Lines Police Station.

As per the report, the people who took part in the rally were neither wearing masks, nor they were following social distancing.

FIR has been lodged against BJP’s general secretary Prashant Kumar and other members of the organizing committee. They were booked under IPC sections 188 (disobedience to order duly promulgated by public servant), 269 (unlawful and negligent act which is likely to spread infection of any disease dangerous to life) and Section 270 IPC (Malignant act likely to spread infection of disease danger¬ous to life). The violation invites an imprisonment for a term which may extend to two years, or with fine, or both.