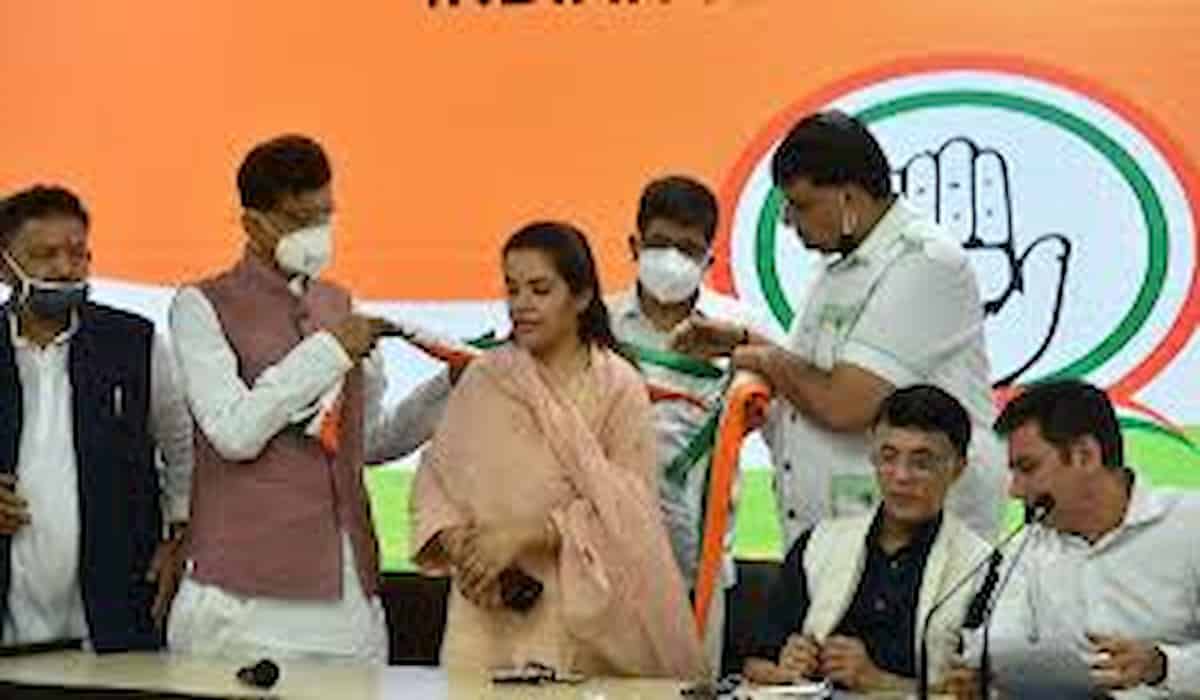 Subhashini Yadav, daughter of senior leader Sharad Yadav and former Bahubali MP and MLA from Bihar Kali Pandey, joined Congress during the Vedic chant at the Congress headquarters. Half a dozen pundits from Bihar made the atmosphere religious by chanting mantras amid patka, flower garlands. NDA convenor and once JDU president Sharad Yadav’s daughter has joined Congress with father’s political legacy.

At the behest of his father, Subhashini has decided to fight a fight for social justice with the Congress instead of his democratic party. Subhashini said that her father is unwell and not active in the assembly elections this time. He has always been with the Grand Alliance in Bihar, so it is my moral responsibility as a daughter to carry forward his fight for social justice and make Bihar a good state. The name of Bahubali Kali Pandey is old in the politics of Bihar.

Kali Pandey says that at the time when all the big leaders of the Congress under the leadership of VP Singh had left MP Rajiv Gandhi, he alone supported them. Congress is his old home and it is homecoming. He told that he became MLA for the first time in 1980 and has won many elections since then. He criticized the BJP’s politics of dividing into Hindu Muslims. On this occasion, Congress leaders Pawan Kheda, Devendra Yadav, Ajay Kapoor, Madan Mohan Jha etc. were present.