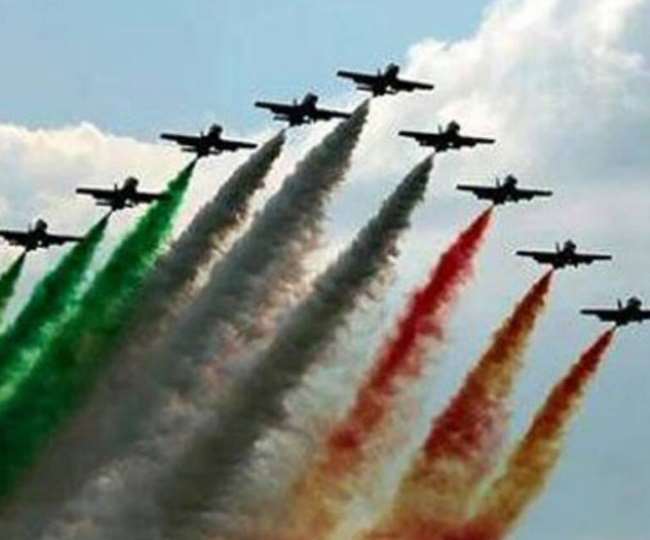 On Sunday, the army will thank in a unique way to the millions of doctors, medical assistants, scavengers and other bravehearts who are leading the fight against the epidemic. To thank the fighter jets parade in the sky, the naval warships will bathe in the sea with lights. The army has started preparations for this.

CDS General Bipin Rawat said on Friday that the three forces would thank the Corona warriors in many ways. Army spokesperson Colonel Aman Anand said that this thanksgiving series will be started in Delhi and other cities on Sunday morning with floral tributes on police memorials.
This work will be done in honor of the police personnel deployed during the lockdown. He informed that helicopters of Air Force and Navy will shower flowers on hospitals. In addition, military bands will encourage doctors, nurses and other health workers by playing ‘patriotic tunes’ outside various government hospitals.

According to Colonel Anand, 5 naval ships of the Western Naval Command will light at the Gateway of India in Mumbai from 7.30 am to 11.59 pm. These ships will fly the banner like ‘India Salutes Corona Warriors’.

Along with playing his siren at 7.30 pm, he will also release fire flare. In addition, Goa’s naval air station will honor the Corona warriors by creating a human chain on its runway. Two naval vessels will also light off the coast of Visakhapatnam at 7.30 pm.

Between 10 am and 11 am, Air Force fighter and cargo aircraft will take out a ‘flying parade’ in some cities and big towns. The aircraft will cover major cities from Srinagar to Thiruvananthapuram and Dibrugarh to Kutch. Some aircraft will fly at altitudes less than 500 meters.