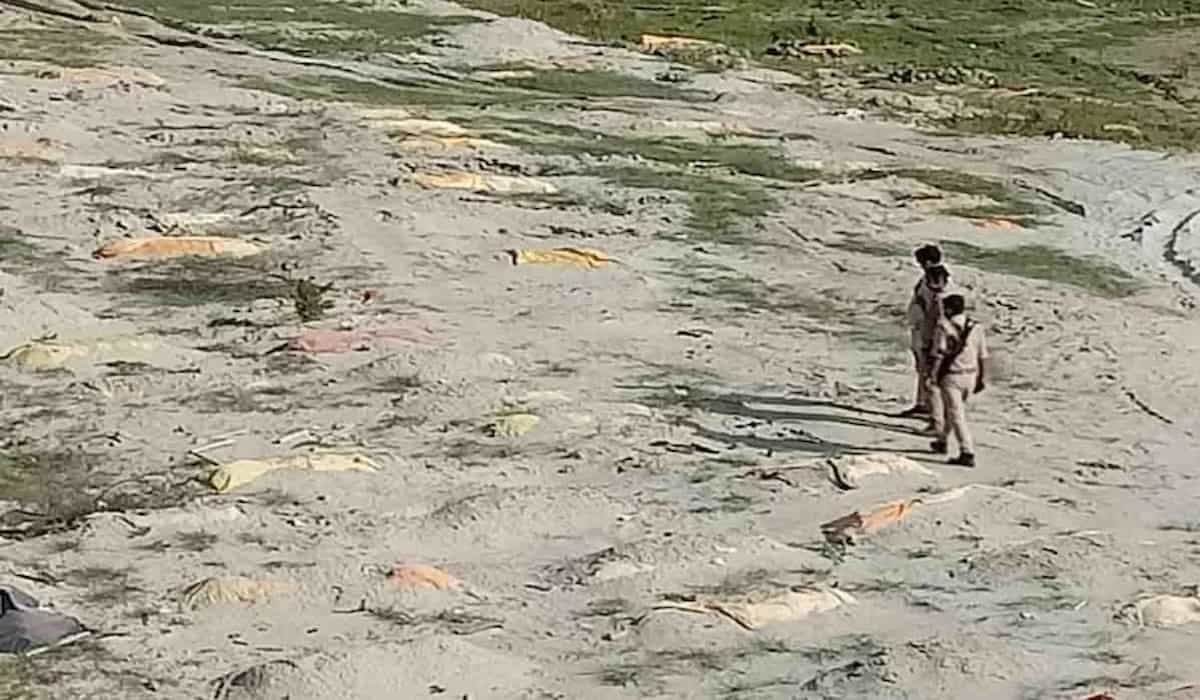 Like Unnao and Ghazipur, another incident of burial of hundreds of dead bodies have come to surface at the Khereshwar Ghat in Shivrajpur. Several bodies were buried in the middle and side of the Ganges. In the radius of about three hundred meters, hundreds of dead bodies were seen. The bodies came to sight when sand was taken away by the river. It is being told that the villagers living in the surrounding were forced to bury the bodies of deceased due to high cost of the wood.

During the Corona period, there were so many deaths that the ghats fell short of space. Forcibly and financially weak villagers kept burying their dead bodies secretly here to avoid long wait and outrageous expenses.

These bodies started to appear when the sand washed away after the rain a day earlier. On Thursday, news spread about it. Many corpses were destroyed by dogs biting them. When the news spread, the police officer also arrived.

There were hundreds of deaths in the Corona period in rural areas as well. The bodies were buried in the Ganges, but the police administration did not even know. On Thursday, when a clash broke, police officers arrived at the scene.

Hundreds of dead bodies were cremated daily in the city in April. It is clear from the finding of a dead body in the Ganges that many people have been dying daily even in rural areas. How the deaths occurred is not clear, but it is feared that they may also be corona infected or corona-like symptoms.

Villagers told that there is no arrangement of wood etc. at the ghat. Wherever they give, they give very expensive. Five to seven thousand rupees are spent in the funeral of a corpse. This amount is big for the forced and poor. So people started burying the dead bodies. The number of dead bodies has increased over the last one month. According to villagers, hundreds of dead bodies are buried here. Many bodies were washed away by flowing water.