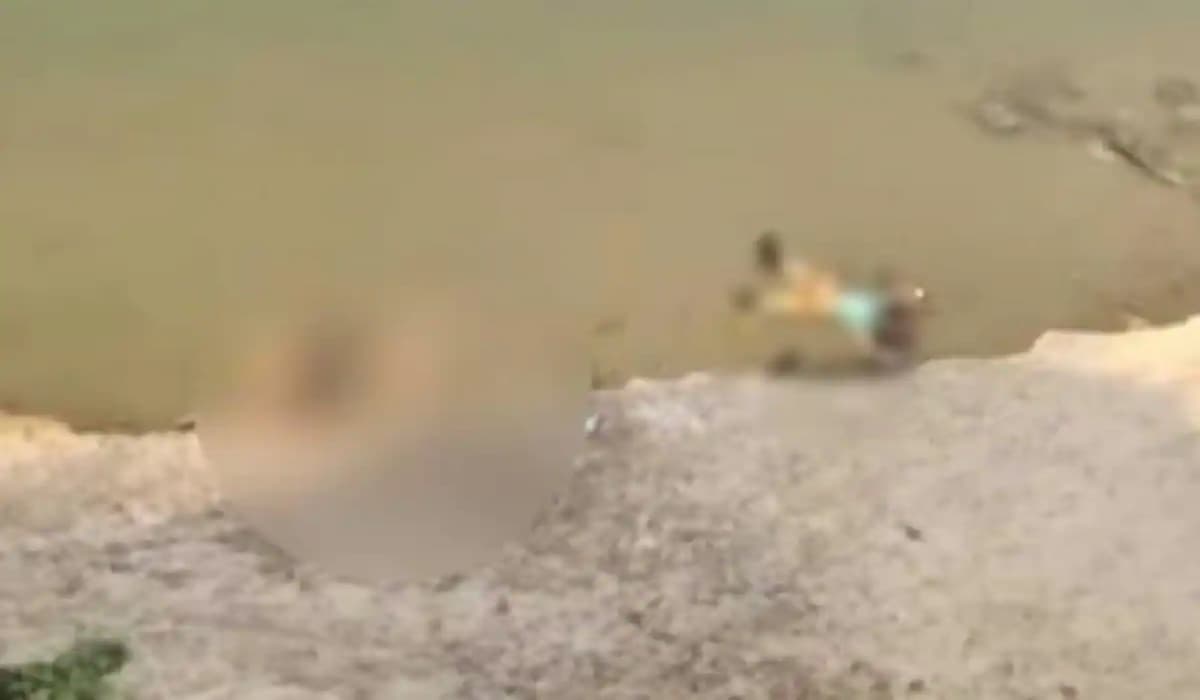 Yesterday, it was Bihar’s Buxar and now today, it is Ghazipur of Uttar Pradesh where dead bodies have been seen being washed up on the banks of river Ganga.

Infeed would like to bring to the notice of readers that the spot where around hundred bodies were found lies around 55 km upriver of Buxar. The Bihar authorities have yesterday claimed that the corpses had floated down from UP.

Amid fear of locals that the contamination of water will lead to rapid spread of the disease, the local authorities have said that they are investigating the matter.

“We have got the information. Our officers are present on the spot and an investigation is underway. We are trying to find out where they came from,” MP Singh, the District Magistrate of Ghazipur, was quoted as saying by news agency ANI.

The locals have complained about the stench and accused the authorities of ineptitude.

“We informed the administration about the matter, but no action has been taken by them. If the situation continues like this, there is fear of us getting infected by coronavirus,” said Akhand, a resident, reported ANI.

Citing the Buxar incident, Gajendra Singh Shekhawat, the Union Minister of Jal Shakti, tweeted that he has asked the concerned states to “take immediate cognizance”.

“The incident of corpses found floating in Ganga in Buxar region of Bihar is unfortunate. This is definitely a matter of investigation. The Modi government is committed to the cleanliness ”mother” Ganga.
This incident is unexpected. The concerned states should take immediate cognizance in this regard,” he said in a Hindi tweet.