After 101 Days, Shivraj Finally Gets His Cabinet

After 101 Days, Shivraj Finally Gets His Cabinet 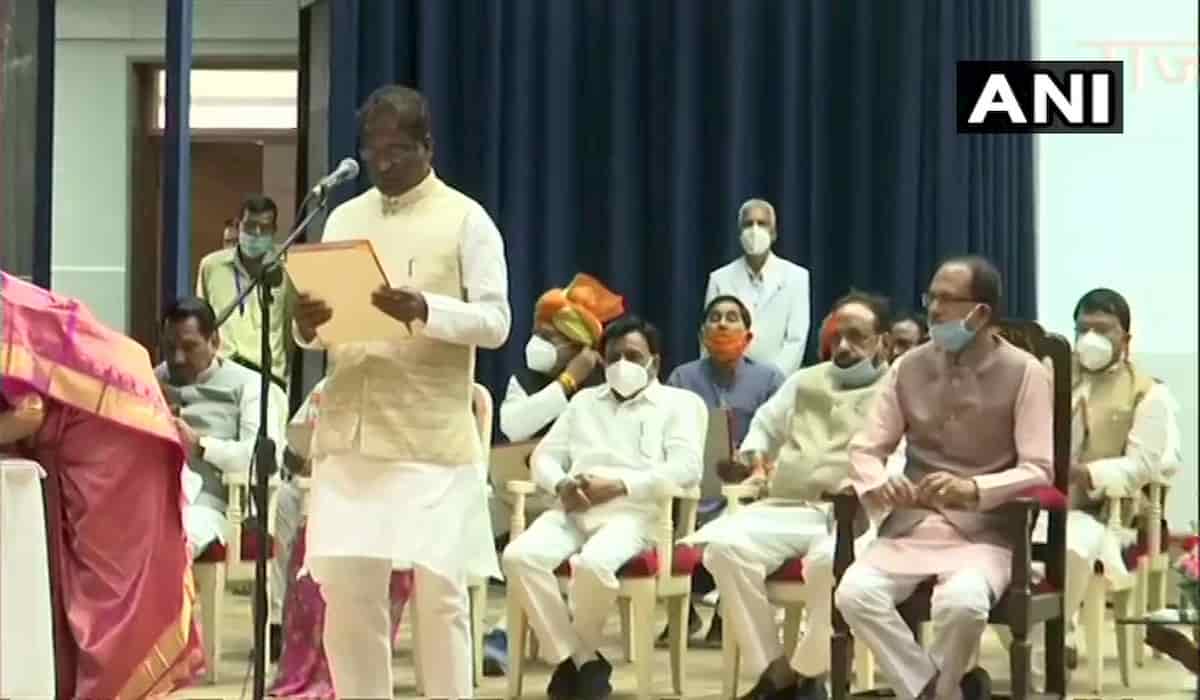 On Thursday, the cabinet of the BJP-led government headed by Shivraj Singh Chauhan expanded in Madhya Pradesh, in which 28 ministers were sworn in. These new ministers also include 12 Jyotiraditya Scindia supporters, whose resignation from Congress in March led to the collapse of the state’s Kamal Nath government.

Governor Anandiben Patel administered the oath to 20 cabinet ministers and eight ministers of state at a function organized for cabinet expansion at Raj Bhavan in Bhopal. Guidelines regarding Covid-19 were followed at the swearing-in ceremony.

None of the pro-Scindia leaders who have been inducted into the cabinet are currently members of the Legislative Assembly. Probably for the first time in the country, such a large number of non-MLAs have been included in the cabinet of a state.

1. Shivraj Singh Chouhan (Chief Minister):  Finance and portfolios that have not been assigned to anyone