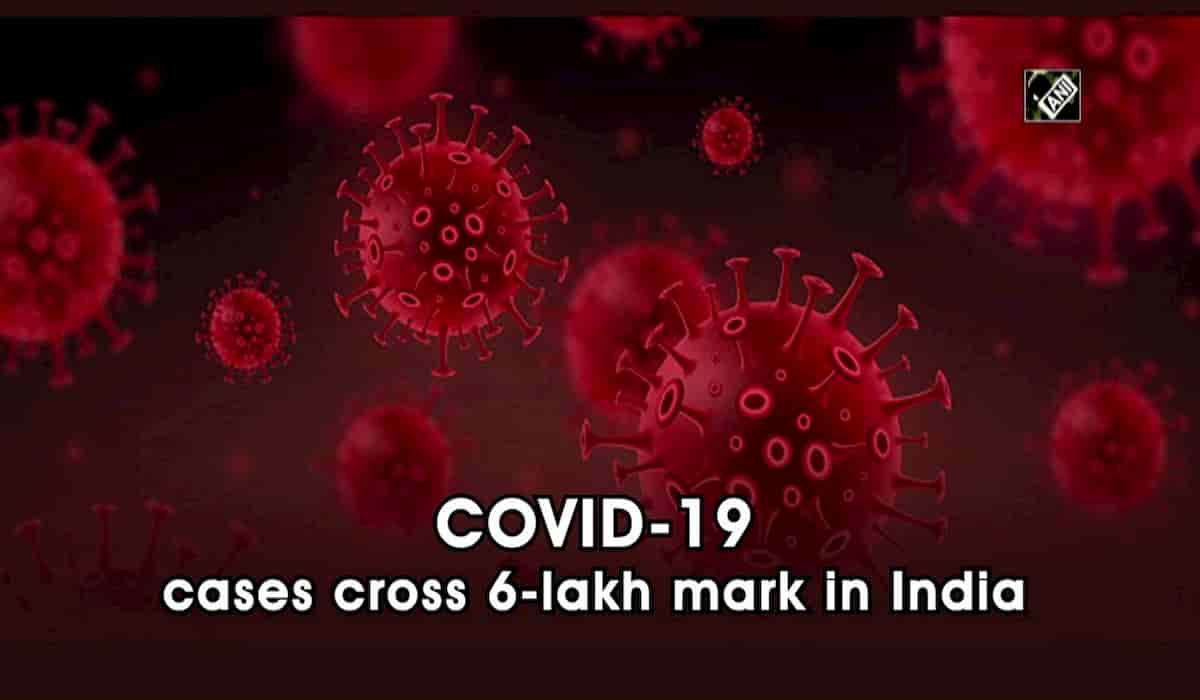 Corona virus cases are increasing rapidly in India. Meanwhile, in just five days on Wednesday, cases of Covid-19 in the country reached above one lakh with total toll going beyong 6 lakh. This happened when the growth rate of fresh cases as well as a slight decline in death rate in the last one lakh cases.

On June 26, the growth rate of one lakh cases was 3.6 percent. Similarly, the growth rate of mortality during this period has come down from 2.9 percent to 2.6 percent. After a gap of two days, the number of new cases was recorded above 19,000. The Corona report of 19,684 people came positive on Wednesday, after which the total number of infected people in the country reached 605,068.

However, the number of people who died due to corona on Wednesday was 434 as compared to 510 a day before. So far 17,837 people have died due to the virus in India. The positive aspect of India is that 359,671 people have been cured by winning the battle against the virus. More than five thousand cases were reported in Maharashtra for the second consecutive day.