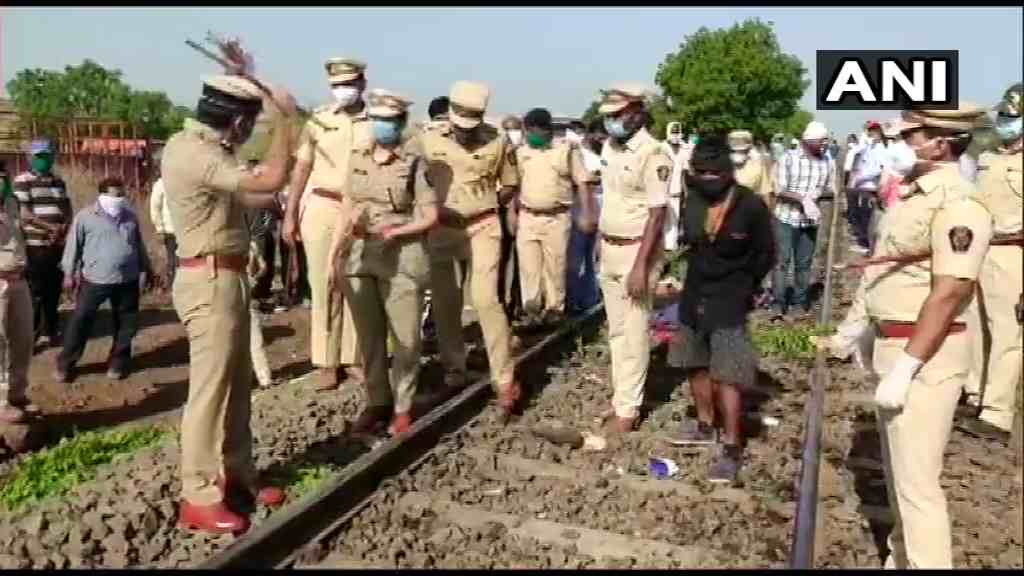 Aurangabad| Amidst the Corona crisis, a very painful news of a train accident in Aurangabad has led to death of 14 laborers who were returning home on foot. The migrant workers on their way back to home state, were hit by a goods train. This accident happened at around 6.30 in the morning. According to reports, the laborers working in the Jalna factory were going to Bhusawal from Jalna. The workers hoped that they would be able to go to Chhattisgarh from there.

Lockdown has been implemented to prevent infection of Corona virus across the country. In such a situation, there is a restriction in migrating from one state to another. Traffic is allowed only in special conditions. In such a situation, many workers trapped in other states have moved towards their home state on foot. Although the Government of India has run Shramik Express trains for the return of migrant laborers, but despite this, the continuation of the workers on foot, has still not stopped.

#UPDATE 14 people have died in the accident and 5 injured. The injured have been shifted to Aurangabad civil hospital: Chief Public Relations Officer (CPRO) of South Central Railway (SCR) #Maharashtra

Prime Minister Narendra Modi has expressed grief over the incident in a tweet. The Prime Minister tweeted, “I am saddened by the news of the train accident in Aurangabad. Talked to Railway Minister Piyush Goyal. The railway minister is monitoring the matter. All necessary help is being provided.”

Extremely anguished by the loss of lives due to the rail accident in Aurangabad, Maharashtra. Have spoken to Railway Minister Shri Piyush Goyal and he is closely monitoring the situation. All possible assistance required is being provided.