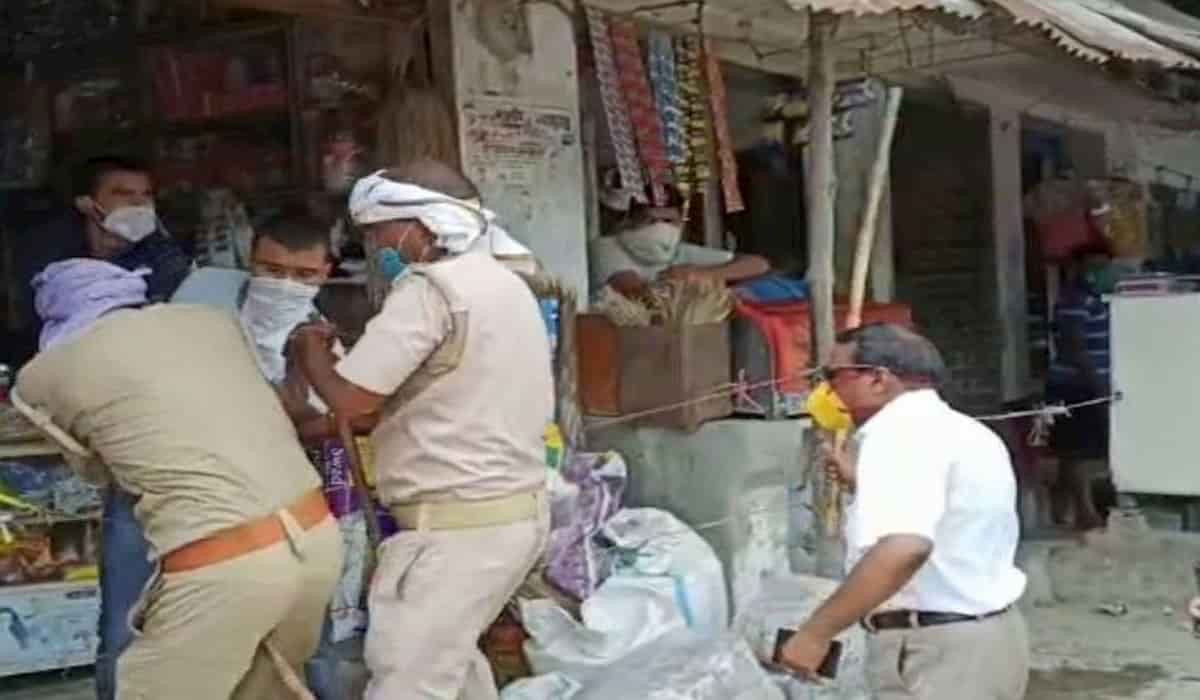 Chief Minister Yogi Adityanath has suspended SDM Beltharode Ashok Chaudhary for beating people while following the instructions to apply masks. Chaudhary has been associated with the Revenue Council. Sant Kumar Yadav has been made SDM in his place.

In fact, Ashok Chaudhary, SDM of Beltharrod (Ballia), came out of the court at 2 pm on Thursday and started throwing poles at those who did not make social distance. The SDMs were also running people wearing masks and those who tied the skirts or handkerchiefs. Seeing this, policemen started beating people with sticks.

In the meantime, some people got into trouble and debate. The SDM started beating people. In the viral video on social media, the SDMs themselves are seen beating people with masks.

The policemen dragged shopkeeper Rajat Chaurasia and his brother Ashu from the shop and were then beaten by the SDM. During this, Silver’s palm also got torn.

The Chief Minister took cognizance of the viral video and summoned the report from the DM of Ballia and ordered Chaudhary to be suspended. The SDM is believed to have tried to tarnish the image of the government by beating people instead of taking penalties as per rules. The beating of people has been considered completely wrong.