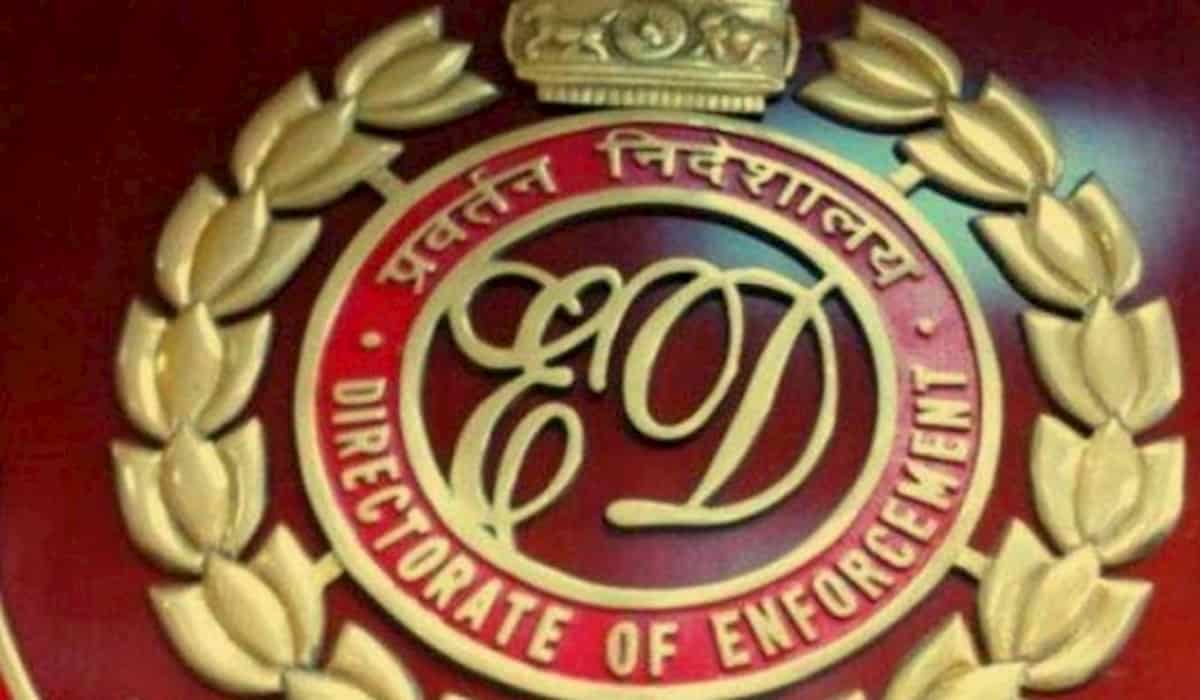 The Enforcement Directorate (ED), former manager of Indian Bank in Tamil Nadu in the money laundering case K.K. Seized Rs 1.63 crore of immovable assets of Pandyarajan. Action was taken against Pandyarajan in a case involving loan fraud of 2.85 crore.

The central agency said that under the money laundering law, 22 immovable properties belonging to the former bank manager and his family members have been attached. It includes agricultural land and various residential plots in various districts of Tamil Nadu including Dindigul, Madurai, Sivaganga and Thiruvallur. The ED had filed a criminal case against the former bank manager on the basis of CBI’s FIR in loan fraud.

Pandyarajan, as a bank manager, approved a residential loan of 2.85 crore to two people in 2012-13. These funds were used to purchase plots in Kodaikanal. Many of these plots were taken after the bank manager Pandyarajan’s wife.

The ED said in a statement that the agency had issued a provisional order under the Prevention of Money Laundering Act (PMLA) to attach a fixed deposit of Rs 2.08 crore and a deposit of Rs 28.25 lakh to the bank.

The ED had registered a criminal case of money laundering on the basis of the chargesheet and FIR filed against the directors of Alligators Design Private Limited, Delhi of the National Investigation Agency (NIA).

The investigating agency alleges that the company illegally imported 105 PNV sites for SLR and other rifles. This import was done on the basis of fake documents. These PNV sites were supplied to Bihar Police for Rs 2.36 crore.

During the investigation, the directors and other associates of the company confessed to the fraud and forgery of the document. Also his act was confirmed in the forensic report.

Enforcement Directorate raided MK Khandelwal and a former director of the company’s bankruptcy cases in Delhi and Gurugram, following a notice of illegal clearance at the Odisha-based plant of debt-ridden Bhushan Power and Steel Limited (BPSL).