Women’s day special : Medha Patkar, a story of 3 decades of struggle for justice

Women’s day special : Medha Patkar, a story of 3 decades of struggle for justice 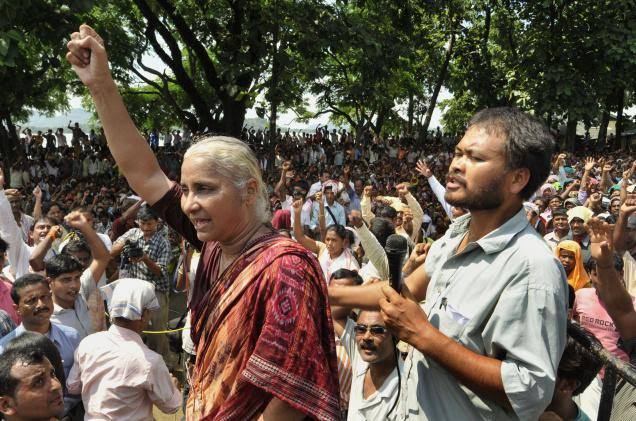 Medha Patkar is the character of the struggle going on for the last 35 years in the Narmada Valley, which has given this movement an identity not only in Madhya Pradesh but all over the world.The manner in which the previous BJP government of Madhya Pradesh made compromises and ignored the rights of Madhya Pradesh, placed the status of Sharanam Gachhami in front of Narendra Modi’s Gujarat government, not only the entitlements of 32000 families living in the valley Rather, the country’s most fertile thousands of hectares of land have also been set ablaze. The present government of Madhya Pradesh is communicating, but there is not much in its hands. Although the World Bank has helped millions of dollars for this project, despite this, the inhabitants are loosing their land, houses and bussinesses and the government of the Center and Gujarat Is not worried at all. The Narmada Bachao Andolan is opposing the height of the dam and filling it to 139 meters before rehabilitating  these displaced people. Medha Patkar also has her own story of struggle. Medha Tai came to the Narmada Valley to do a PhD on this movement. Before she came to the Narmada valley, she had a successful career in Marathi films, but the plight people of the Valley and their displacement affected her mind so much that she remained here. Now Narmada Bachao Aan Dolan and Megha Patkar have become synonymous with each other. Apart from the people who are being displaced in Ghati, all those people of Madhya Pradesh, Gujarat and Maharashtra see a hope in Medha Patkar and due to this, in every house of the valley, Save Narmada has sent reverberation. In a way Medha Patkar’s life has been dedicated to Narmada. She has been the voice of the displaced in the continuous development versus common man battle for three decades. Her name was first heard in Harsud in 1989 when she came into the news on the issue of villages falling in the submergence area of Indira Sagar Dam. Since then, she is present everywhere where the displacement of human beings was done by the inhumane methods of the government. She has not been just the voice of the Narmada Valley but has been vocal against big dams. She has also fought for the people who suffered due to  Maheshwar Dam and stood with every problem of farmers. In order to save the slum dwellers of Mumbai from being homeless, she started the Save Home, Ghar Banao movement in 2005. She started this movement in Mumbai when 75,000 slums were demolished following a government order.