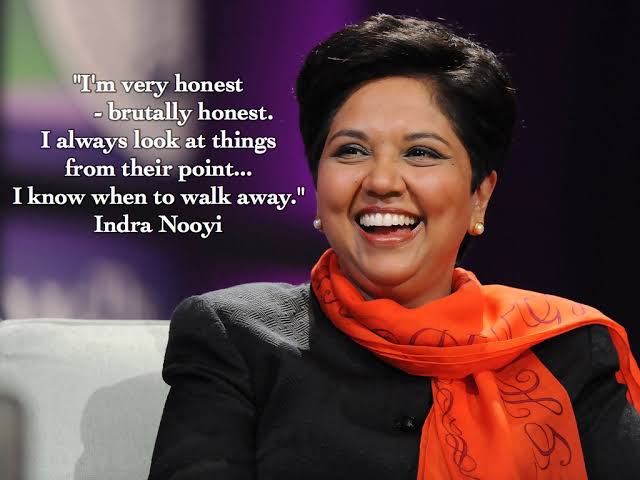 Indra Nooyi is one of the few women who have brought India’s name to light on the global stage. She has come a long way to success. Actually, the personality of Indra Nooyi is such that anyone can take inspiration from them.
Indra Krishnamurthy Nooyi was born in a Tamil family in Madras city of Tamil Nadu (present-day Chennai) On October 28, 1955. Her parents were from the Tamil Brahmin family, her father worked at the State Bank of Hyderabad and grandfather was a District Judge.
Indra Nooyi educated at Holy Angels Anglo Indian Higher Secondary School. During her school, she joined the all-girls cricket team this has happened in an era in India in which it was considered useless for young women to expose themselves, at that time.
While studying at Madras Christian College, she also played guitar in a women’s rock band. After earning bachelor’s degrees in chemistry, physics, and mathematics, she went on to enroll her at the Indian Institute of Management in Calcutta. At that time, it was one of the only two IIM in the country from where she obtained an MBA. After MBA, she worked in India for two years, her first job was with Tootal, a British textile company which had extensive holdings in India after this she moved on to work with Johnson & Johnson as a product manager. Her experience at Johnson & Johnson made her realize that she was still unprepared for the dynamic business world, and thus she decided to pursue further education and then went to Yale School of Management for higher studies. During her studies at Yale School of Management, she used to work as a receptionist to pay for her studies and clothes for interviews.
After changing three jobs there, Indra Nooyi finally moved to Pepisco and settled there. In 2001, she was promoted to president and in 2006 she was elected the first female CEO. Nooyi continued to serve as the chairwoman of the company until early 2019. During her tenure, the company’s sales grew by 80%. Nooyi served as CEO for 12 years, 7 years longer than the average CEO tenure at large companies according to an Equilar study.
She has consistently ranked on ‘Forbes’ magazine’s list of The World’s 100 Most Powerful Women. Fortune magazine named Indra Nooyi No.1 on its annual ranking of Most Powerful Women in business for five consecutive years from 2006 to 2010. She was also been honored with the Padma Bhushan the third-highest civilian award by the President of India in 2007. She has been named 2009 CEO of the Year by Global Supply Chain Leaders Group.
Currently, Nooyi is a co-director of the newly created Connecticut Economic Resource Center, a public-private partnership with the Connecticut Department of Economic and Community Development. She will help draft the state’s new economic development strategy. Nooyi is a resident of Connecticut and a college classmate of Connecticut Governor Ned Lamont.