What Palghar Incident Teaches Us

What Palghar Incident Teaches Us 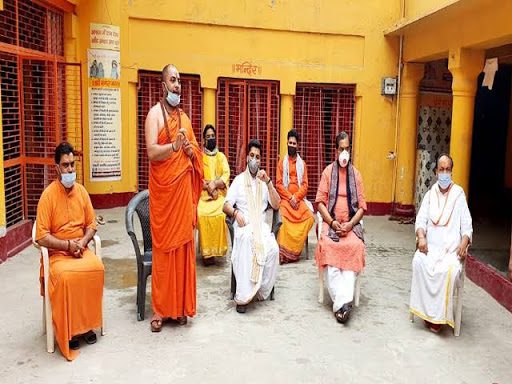 The incident of ‘lynching’ in Palghar, Maharashtra on the night of 16 April has again raised new concerns about the communal atmosphere in the country. In the last few years, there have been many incidents of mob violence in the country and most of them have been the target of minority communities. Questions have also been asked about this to the Modi government at the Center.

Although the government never received satisfactory answers to these questions. But now that the victims of the violence are from the Saint community, BJP supporters are questioning the role of the police, the state government and organizations like the Vishwa Hindu Parishad are seeing the conspiracy of the leftists in it.

Violence of any kind is condemnable and the society needs to be cautious when the crowd descends to do justice on their own, bypassing the law, because fire does not spread by seeing religion. Two sadhus and their driver were beaten to death by a murderous mob near Gadchinchale village in Palghar, a hundred and fifty kilometers from Mumbai. The three were going to attend a funeral from Kandivali in Mumbai to Surat in Gujarat. But they became a victim of rumor in Palghar. In fact, through the WhatsApp, it was rumored that a gang of kid thieves is active in the area, which smuggles human organs. When the car of these sadhus was going from Mumbai to Gujarat via the inner path, someone sparked rumors of them being thieves. After this, a crowd of dozens of people broke up on him.

The whole incident happened in front of some policemen present there. The police reached the spot, and tried hard to convince the crowd, but the mob attacked the police on the contrary. When the police wanted to take the victims to the hospital, the crowd became more furious. It broke the police car. Policemen were also injured. The monks were somehow brought to the hospital, where they were declared dead. This whole incident is a slap in the name of civilized society and shows the failure of not a region but entire nation to maintain law and order in the society.

The hearing and punishment in this case should be from the same perspective as to who used WhatsApp or any kind of social media platform to spread rumors. Who wants to take advantage of such rumors by creating an atmosphere of fear in the society. Who instigated the mob to kill, who dared to attack the police. If someone is suspected of theft, then who told to take the law in hand instead of informing the police.

If an inquiry is done on the basis of these questions, then the rule of law will really prevail. But at present, efforts are being made to give the matter a Hindu-Muslim color and to question the intentions of those who have been condemning all types of mobs lynching till date. While former Maharashtra Chief Minister Devendra Fadnavis said that the most shameful thing is that in front of the police, the mob kills people, snatches them from the hands of the police. Somewhere in Maharashtra, the law and order has become poor. At the same time, BJP’s national spokesperson Sambit Patra also tweeted a video of the incident, writing, ‘2 monks and their driver were mercilessly lynched and killed in Palghar, Maharashtra. This incident is from Thursday. Till today, all Liberals are completely silent. No one is calling for democracy or constitution.

The Vishwa Hindu Parishad has demanded a high-level inquiry into the matter, stating the hand of the Leftists behind it. The VHP has said, ‘Attacking the venerated monks seems to be part of a deep conspiracy, as the Left has carried out brutal murders in the region in the past. Uttar Pradesh Chief Minister Adityanath Yogi has also spoken to Maharashtra Chief Minister Uddhav Thackeray in this matter and urged strict action against those responsible, who has forgotten that his own state had been a victim of mob lynching since the time, he took the seat of Chief Minister.

All these reactions show that even heinous acts like murder have become part of our habit. Liberals, the censure of the Constitution or the conspiracy of the Left are being done as if it has been a crime till now to raise the voice on what went wrong in the country, to talk about protecting the Constitution, to have a liberal view. The incident of Palghar should be condemned under all circumstances and its culprits should be severely punished, so that rumors of violence in Ainda society should be curbed and no innocent person will have to die.

At present, the Maharashtra Police has arrested more than a hundred people in this case, including some minors. It is also surprising how such a crowd gathered in a village during this time of lockdown. Did the police administration not get a little clue about it.  People kept spreading rumors on social media, and the police seems to be completely unaware of this.  If this is the case, this is a major failure of the police administration. There is a need to understand the conspiracy of communalists who give this matter, they are looking for similar occasions when a Hindu is targeted and they get a chance to point fingers at people of other religion.

The Palghar case has once again taught us that crowds have no religion, nor violence assumes any religion. Rumor traders cleverly spread hate poison among people and that poison turns out to be such terrible events. The only way to cut this poison is to let the rule of law prevail in the society, which will remain the same for everyone, beyond the boundaries of religion and caste. Only then will we be able to save ourselves.