What Kashmir Achieved in 1 Year of Abrogation of Article 370

What Kashmir Achieved in 1 Year of Abrogation of Article 370 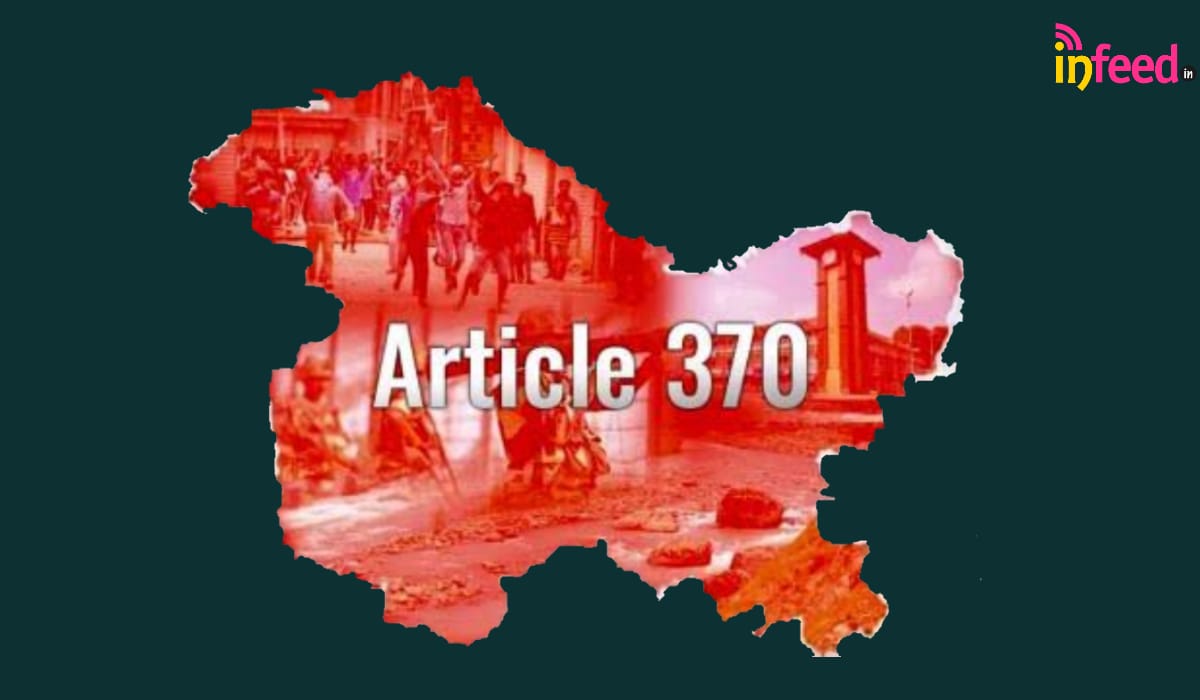 August 5 marked the first anniversary of abrogation of Article 370 and removing the “Special Status” of Kashmir. The state was divided into two Union Territories- Jammu and Kashmir and Ladakh.

When the entire country was pumping with joy for laying the foundation stone for the construction of Ram temple at Ayodhya, Kashmir had completed one year of entire lockdown with the freedom meant only in the text books.

It becomes importat to analyse what the state achieved as it stands for the first anniversary of the effective abrogation of Articles 370 and 35A and the administrative reorganisation of Jammu and Kashmir – truly landmark political decisions – and how much the government has worked to fulfill the claims which were made on the floor of the parliament an year ago regarding the democracy, anti-corruption measures, tourism, creation of jobs, relative freedom, quality of life and many more by the Home Minister of the country and the government when the bill was passed with a two third majority in Parliament.

Everything was normal in the country but in Kashmir, there was a stir. Political leaders were being put under house arrest and there was a sense of nervousness around the valley. The Home Minister Amit Shah in the Parliament announced the revocation of Article 370 and dividing the state into two Union Territories. The government put out a long list of how this will help the people of J&K. It was said that happiness and normality will return to J&K. Industrialization of the state will multiply the job opportunities for the youth. Local horticulture, Handy craft and food processing will get a big boost. But the state was put under lockdown, internet access was cut and J&K was isolated from the world.

Is Kashmir’s Economy is Booming

Between August 2019 and December 2019 Kashmir’s economy suffered losses of Rs 15000 Crores. KCCI ( Local Trade Body) estimates losses to Kasmir’s economy at Rs 40,000 Crores. According to the Observer Research Foundation in the past five months alone, the economy of Kashmir lost more than 90,000 jobs in the sector of handicraft, tourism and information technology. In June 2019 the unemployment rate in J&K was at 15.89 % the lowest in the country at that time. The youth is forced to migrate to the rest of India which has resulted in the drain of human resources. According to the government estimates 23,000  posts are lying vacant in different government departments. Tourism in Kashmir is frozen to death. The Apple industry in Kashmir worth Rs 8,000 Crore, which contributes nearly eight percent of J&K GDP, has been worst affected. There are over 600 unemployed in Ladakh with no recruitment board in place.

According to the New Media Policy, there shall be no release of advertisement to any media which inside or intend to incite violence, question sovereignty and integrity of India or violate the accepted norms of public decency and behaviour. Use of UAPA against journalists is the last nail in the coffin for freedom of the press in Kashmir. It is unfortunate that J&K information department, which has no expertise or authority, will now act as a watchdog on the press.

A recently released report of Human Rights Forum, states that there has been a denial of the right to bail and fair and speedy trial with misuse of legislations like Public Security Act(PSA) and UAPA to stifle dissent.

Did abrogation of Article 370 has reduced Terrorist Activities in Kashmir?
The decision has done little to reduce violence despite the heavy presence of military forces in Kashmir. Early trends on violence in 2020 show that the levels of violence will indeed cross those of 2019. As per SATP, till March 2020, 87.5% o the militants killed were locals much larger than 55% in 2018. Also, as per the report published in the parliament, infiltration increased significantly.

Has normalcy returned in J&K? It will be interesting to see what the future holds for the people of Jammu and Kashmir.