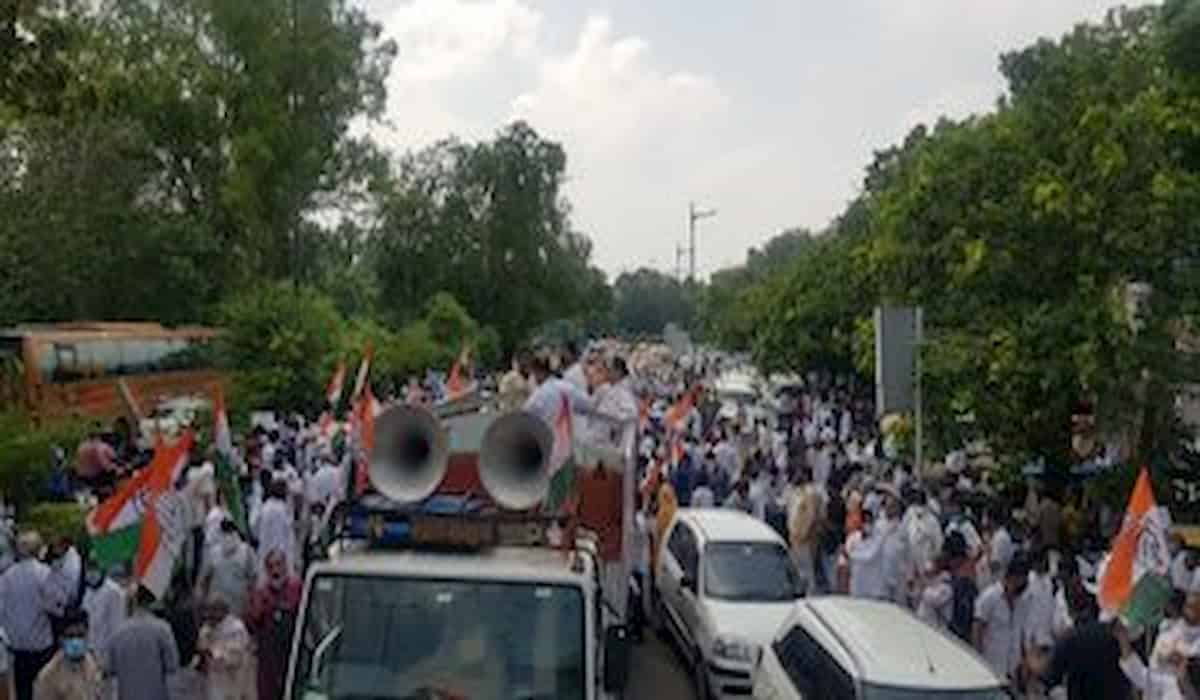 New Delhi | Delhi Congress launched Nyay Yatra to protest against the exploitation of government employees in Delhi. The march took place from Chandgiram Akhada to CM House, but was stopped by police in the way from where Delhi Congress chief and few protestors were taken in Police van.

The Arvind Kejriwal government has promised the MCD workers to provide a compensation of 1 Crore rupees to the family of those who have lost their life in the fight against corona. But, the government has taken a U-turn on its promise, which was being opposed by the Congress party.

Addressing the protest, Congress leader Shaktisinh Gohil has said that the AAP government of Delhi is not giving any compensation to the sanitation workers of Delhi who have lost their lives while fighting against the Corona pandemic as Corona warriors. He said that the BJP-AAP have coupled up together to become a supplement of injustice in the national capital. He said that the fight

“We wanted to reach to Chief Minister and get compensation for the interest of the relatives of the employees who lost their lives as corona warriors. But the Chief Minister’s inhuman behavior is telling that he does not care about the problems of the common man.” said State Congress President Anil Kumar Chaudhary.

A large number of Congress workers were present in the protest.