What did Union Health Minister Say on Tablighi Jamaat?

What did Union Health Minister Say on Tablighi Jamaat? 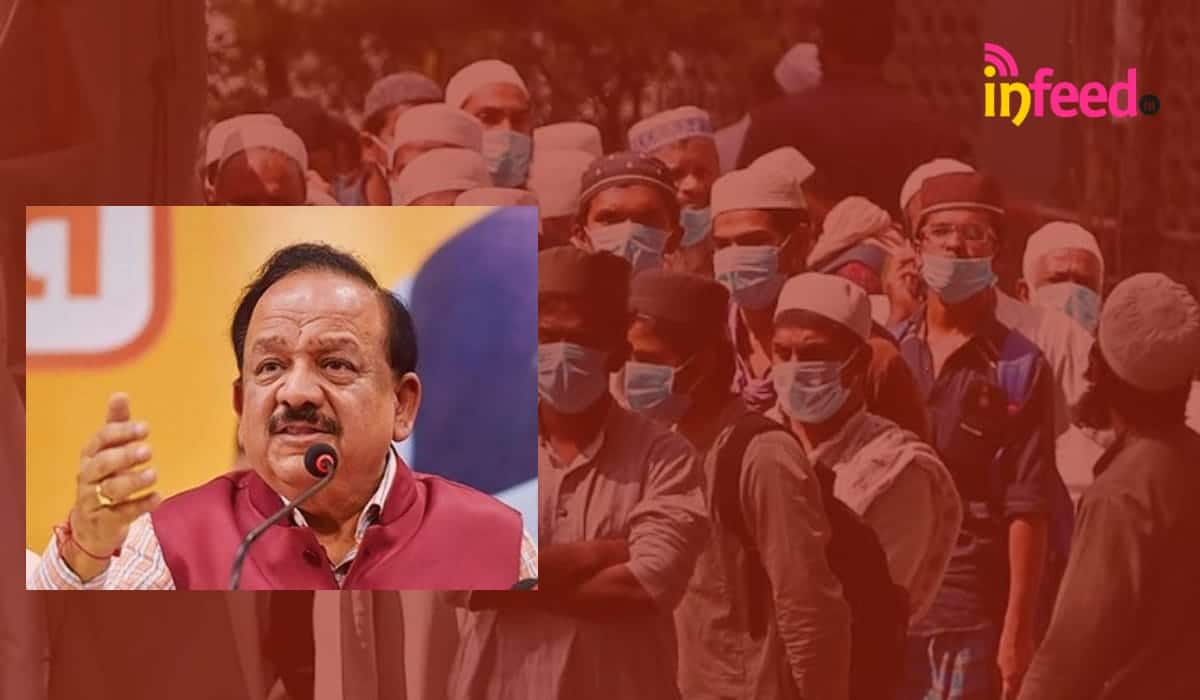 On a question related to the Tablighi Jamaat issue, Union Health Minister Harsh Vardhan has said that we have suffered a lot while raising this issue again and again. But there is no doubt that after the program of Tabligi Jamaat in the capital Delhi in the month of March, cases of corona virus increased rapidly in the country.

In fact, the health minister was asked by Bharatiya Janata Party (BJP) leader GVL Narasimha Rao whether Corona gained momentum after the Tabligi Jamaat in India?

In response to this, Harshvardhan said, ‘The truth is that this thing is outdated. Much has been discussed on this and analysis has been done. We have a lot of trouble raising this issue again and again, but there is no doubt that around the second week of March when the world was undergoing rapid infection and one and a half months had passed since the first case in India. . The number of cases in the country was modest. There were few cases in some states and at that time this unfortunate, tragic and irresponsible incident happened.

According to news agency ANI, Harsh Vardhan said that where there was no social distancing in the incident, there was a legal situation in Delhi that no more than 10-15 people could gather together and at that time at least one and a half dozen People from countries came there. At that time people coming from all countries were bringing disease to India.

The health minister said that thousands of people should be with the administration without any information and without social distancing, when they got information after that they were removed from there. Many people had already left.

The Union Health Minister said that it probably caused sudden increase in the number of cases in every province in all the countries, but all the state governments and especially the health ministries, Home Ministry officials, IT department, NSA, Home Minister and experts helped. With this, contact tracing of thousands of people was done, isolated.

The health minister told that recently he had gone to a Covid Center in Delhi, where the people of Markaz were being treated. After staying for 28-28 days, after being cured after treatment, he sent them away to their house.

He said that the country suffered a big setback and due to increasing cases had to take the path of lockdown. This need not be discussed as most people are traced, isolated, treated. It is learned for all classes and communities that when the country decides together, it should follow discipline in everyone, it is in everyone’s interest, not only for health, but also for the safety of society.